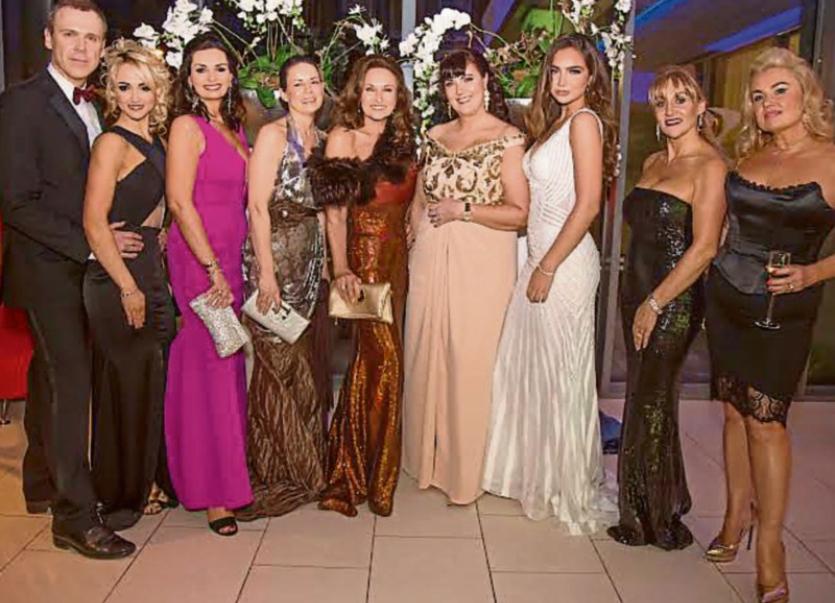 OH what a night! The Sparkle and Shine ball which was recently held in the Strand Hotel was a night to remember.

The organiser of the event Alice O’ Farrell did an absolute amazing job in putting together one of the most glamorous and fun nights that I have seen in Limerick in a long time.

Keith Duffy of the Keith Duffy Foundation was also instrumental in co-ordinating the night. It was one of those nights when everyone worked in unison.

It goes without saying that the glamour was all about sparkle and shine - Alice O'Farrell looked beautiful in a gold and salmon dress. Of course RTE star, the fabulous Miriam O’ Callaghan went down a treat with the audience. Miriam, who was one of the presenters on the night alongside Keith Duffy, was dressed in a fab mint green floral evening dress. Our own Leanne Moore looked sensational in a black evening dress.

I myself wore a dress which was designed and made for me by the late John McNamara and which I love. Everyone looked so stylish and beautiful including Liz Mangan, Susan O’ Mara, Anita O’ Donnell, Mags Enright and my own daughter Cecile Lee Coveney.

The entertainment on the evening included Unity Gospel Choir, Cole Page( Keith Duffy sang the Piano Man with him) which was fantastic) Amanda Neri, Ireland's Bella Voice and the band on the night was Reality Bites. Meanwhile, DJ Dale Nolan played until the small hours.

Great praise has to go to Richard Lynch of I Love Limerick for bringing together the talents of Alice O’ Farrell and Keith Duffy to make this such an incredible night.