Katie is such a leading light for young people 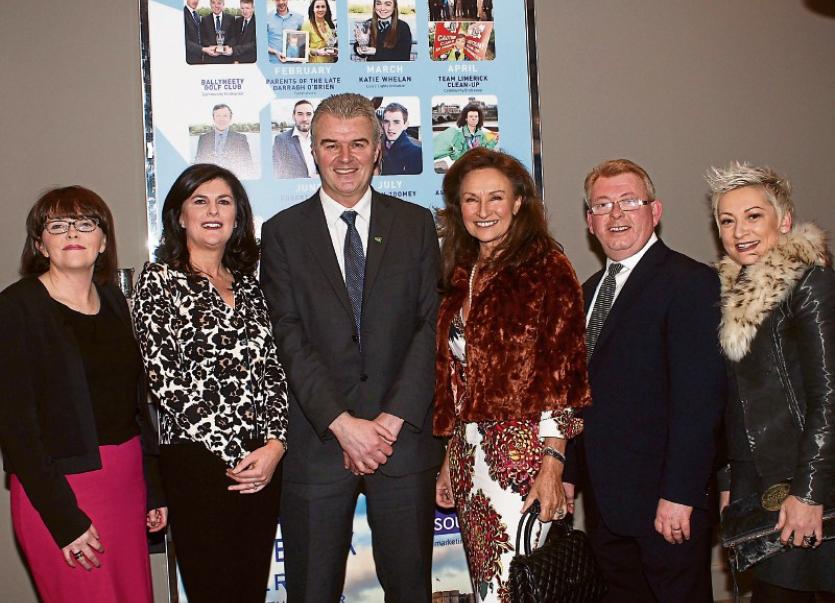 Celia at the Limerick Person of the Year awards

ALWAYS look forward to one invitation arriving on my desk and that is the one for the Limerick Person of the Year Awards.

It is always a wonderful and humbling day when you listen to the achievements of Limerick’s unsung heroes.

This year, as always, it was held in the fantastic Clarion Hotel overlooking Limerick's famous River Shannon. As everyone in the room would agree, they were 12 worthy winners who were nominated, from the fabulous Ashleigh O’Hagan who was Limerick’s only athlete to compete at the Special Olympic World Games in LA to Team Limerick Clean-Up to Robert Laffan for his autism device offering new hope autistic children and of course Shannon CEO Neil Pakey who helped put Shannon back on the map. But the star of the day was the wonderful Katie Whelan, 19, for the determination she showed in highlighting the importance of positive mental health through her inspiring project entitled Lisa’s Light. She gave a heart-warming speech and won everyone’s admiration on the day. Well-known businessman Denis Brosnan was bestowed with the title of honorary Limerickman and as Leader editor Alan English said; “He has made a huge contribution to Limerick and the Mid-West region at a time when leadership and vision was so badly needed”. Well done to everyone involved!

I’M sure at this stage you have heard me talk so much about the wedding industry but what is very important is the hotels and we in Limerick are blessed to have the fabulous Castletroy Park Hotel.

Last Sunday we had a wedding showcase which was presented by yours truly. We had great crowds and all the stand holders who are in the wedding business agreed that it is one of the top wedding venues. On the day, they also launched their new wedding brochure, which I taught was packaged beautifully with information about what the hotel has to offer. As I walked around the hotel, it was busy but I also had a glance at their leisure centre which is quite spectacular!