Solution ‘weeks away’ after suspension of 'vital' bus services in Limerick 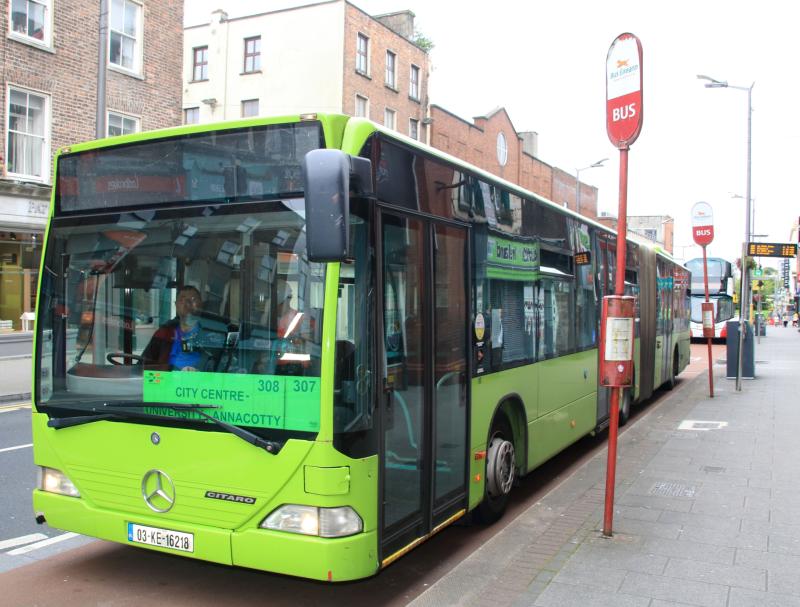 Dublin Coach has announced it's to suspend operation of the 307 and 308 services | PICTURE: Adrian Butler

THE NATIONAL Transport Authority has confirmed it is looking at potential solutions following the suspension of vital bus services in the Castletroy and Annacotty areas.

The private transport company, Dublin Coach, says it will temporarily cease operations of the 307 and 308 routes from this Friday evening.

It says being excluded from the 20% fare-reduction scheme recently announced by the Minister for Transport Eamon Ryan combined with rising fuel costs are the reasons for the suspension.

The company added it hopes to "resume when normal market conditions are restored" and that it regrets any inconvenience caused.

Following the announcement, Limerick City and Fine Gael TD Kieran O’Donnell held an emergency meeting with representatives of the NTA .

“I have specifically asked the NTA to immediately look to ensure the continuity of bus services along these routes. Furthermore, I have asked them to engage in immediate discussions with Dublin Coach and Bus Eireann on this matter, which they have assured me are already underway,” Mr O’Donnell said.

“The NTA has given me a commitment that Bus Services will be quickly restored to those areas of Annacotty and Castletroy impacted by Dublin Coach 307 and 308 bus routes suspension,” he added.

According to Mr O’Donnell it could be between two and three weeks before services on the two routes will be restored.

When contacted by Limerick Live, an NTA spokesperson said: “Any solution will take a number of weeks to put in place and will be funding dependent.”

Deputy O’Donnell says that he “will continue to engage directly with the NTA and all relevant stakeholders to ensure that the provision of bus services along these two routes is maintained and the issue is resolved for affected bus users in the Castletroy and Annacotty areas as quickly as possible.”

Labour councillor, Elena Secas says the suspension of the services is very concerning.

She says the areas served by the two routes are full of “young families, students and an increasing number of elderly people who deserve good public transport”.

Calling for a solution to to be found, she added: “If we are serious about moving away from a car-dominated city we need a comprehensive public service to cater for this huge influx of population in Castletroy/Annacotty that is lacking any bus service."