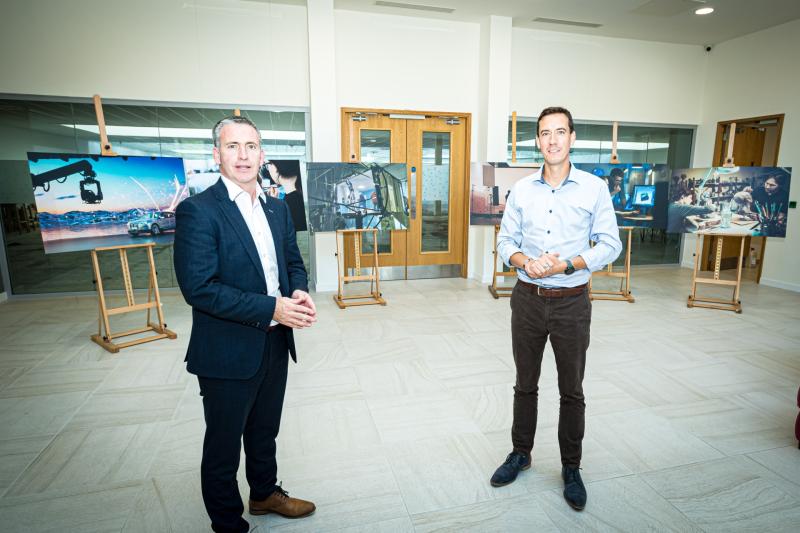 THE Minister for Business, Employment and Retail, Damien English has visited the Limerick Enterprise Developmebt Park Campus and received an update of its new strategy and future plans including the creation of a new remote working hub.

The hub, part of Innovate Limerick’s connected ENGINE Hubs roll-out, will be funded by Department of Rural and Community Development and will significantly advance LEDP’s enterprise creation within the local community.

Separately, Mr English was briefed on an ambitious plan by LEDP, supported by Film in Limerick and other stakeholders in the region, to create Ireland’s first multi-functional Creative Industries Centre of Excellence.

The project has the potential to create hundreds of jobs in this regeneration area and cement Limerick’s growing reputation as an attractive location for international film production.

Commenting on his visit to LEDP, Minister English said. “I was impressed to see the ambitious plans that LEDP have put in motion, it is obvious to me there is renewed momentum at the campus in Roxboro to further transform this community as it has done so well in the past. I look forward to seeing projects progress at LEDP.”

Chief Executive Niall O'Callaghan added: “I very much welcome Minister English taking time to visit LEDP. This is an endorsement of our new vision and strategy and the potential impact our key projects will have on Limerick, both economically and socially. As a self-funded charity our community is at the heart of everything we do, and our partnerships with Innovate Limerick and others will be critical to our success.”

Head of Local Head of Enterprise and Innovate Limerick, Mike Cantwell said he was delighted to facilitate a the visit by the minister of state.

"Innovate Limerick has forged a strong partnership with LEDP, and we are committed to supporting one another in our goals to generate enterprise and employment across Limerick and in the case of LEDP, in a hugely important regeneration area,” he stated.

Minister calls on Limerick people to support their local businesses