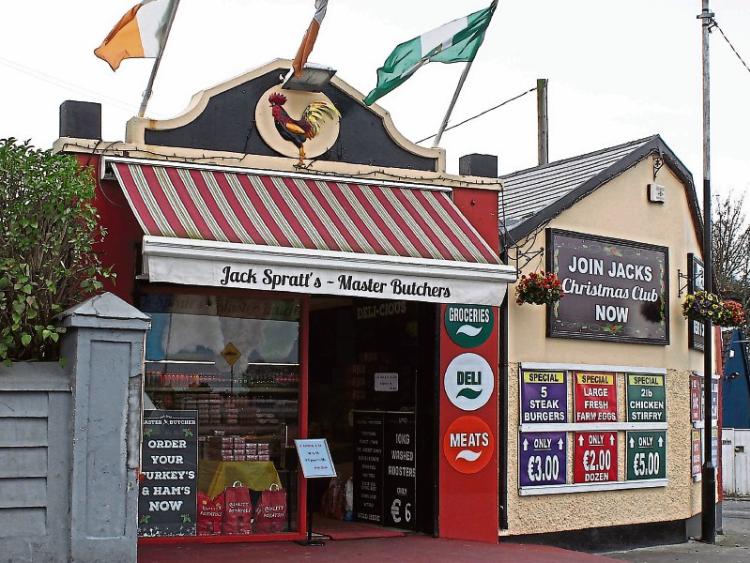 A subsequent article was published in this week’s Limerick Leader, tabloid edition, and from there it took on a life of its own around Limerick and online.

“I've gotten some stick over the article; I wasn't even aware of it until my wife saw The Leader article on Facebook, and since then I've had people come up to me in the street saying 'you're quiet now Tim!' in reference to the ad,” said Tim Spratt.

William is turning 50 this Friday, and Tim sat down with The Leader to discuss how the friendly sibling rivalry has always been a throughline in their relationship.

In a bombshell, he revealed that William “has never been to Highbury or The Emirates,” home to his beloved Arsenal.

“To be fair to him, he's been busy running the butchers,” he joked.

“He could have taunted City to me to my face for free, but fair play to him, he took out the ad. I've taken it in good spirits though - it's all just a good bit of sibling banter, a bit of craic.”

The butcher business has been in the family for years; their grandmother founded the Roxboro Road butcher.

Tim has supported Manchester City since 1975 and said his love affair with city began when he burned a poster of then-United goalkeeper, Alex Stepney.

“I was over at Vincent Kompany's testimonial recently, and I hope to bring our younger brother, Thomas, over to Anfield to the Liverpool City game in November, so he can see City win.”

The brothers grew up inside the walls of the pre-redevelopment Saint John's Castle.

“We were the only house in Limerick to have a 30-foot wall that led to a drop in the Shannon,” said Tim.

“Myself and Tim have been fans of our respective teams for as long as we can remember, and I think that friendly sibling rivalry transcends football - it's more than a game, and I'd like to wish him a happy 50th birthday.”