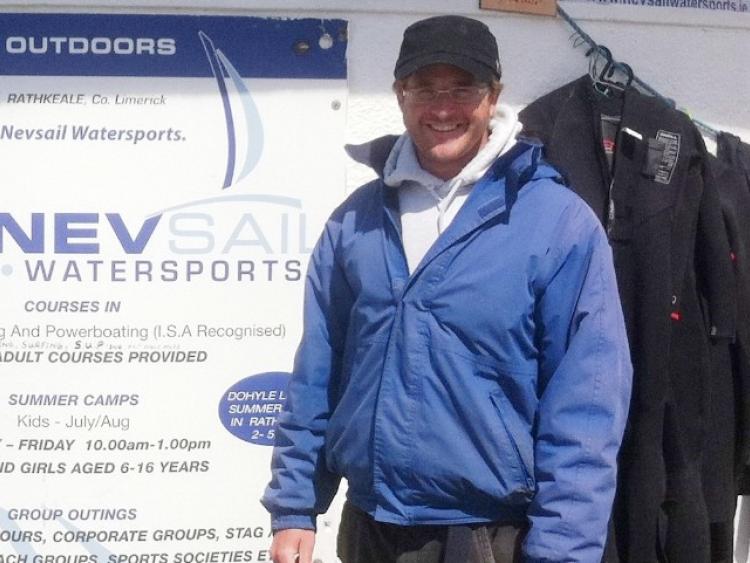 A LIMERICK businessman has set up a petition in an effort to save his Kilkee watersport business from decline.

Dave Neville, owner of Nevsail Watersports in Kilkee is calling on support from the public to help maintain his presence on the Kilkee beachfront.

This follows a recent decision by Clare County Council to make just one beach hut available on the shore from 2020 onwards.

Mr Neville, has been ordered to vacate the main beach hut from September 2019, which is where 50% of his business, which also operates in Limerick, is based.

This “would make it impossible for Nevsail to continue to operate its business successfully,” says Mr Neville, who resides on the Ennis Road.

Nevsail, which currently operates from two beach huts in Kilkee, has been running water sport camps for kids and teens for 15 years in the seaside village.

“We have been told many, many times that lots of the kids start saving up there own pocket money all year round so that they can book on with us,” says Neville.

“Parents love dropping their kids to us each day in the knowing that their children are safe and having fun, whilst they are able to take a lovely cliff walk and a tea/coffee in one of the local businesses.”

It is hoped that Clare County Council will still allow Nevsail to continue to rent both beach huts as having one hut only to operate from would “cause huge problems”.

“There has to be a suitable solution that we could come to that would allow Nevsail to keep on operating without this change drastically affecting our business, other businesses and subsequently tourism in Kilkee,” adds Neville.

If the decision by the council goes ahead, Nevsail will not be able to take any more group bookings from September onwards, such as school tours with only one hut, as it is not permitted to have both males and female getting changed in the same change facility.

Meanwhile, his sister Joy, says that she is “baffled” by the decision of the council.

“For years I’ve worked with Dave during the summer, and I’m very proud of what he’s done and achieved.”

“The kids get to go out and have fun, and be active and healthy,” she adds.

“I’m not just saying this because he’s my brother, I’m actually baffled as to why the county council would try to take away something that is so beneficial.”

“He’s not looking for demands, he’s asking to negotiate and to come up with a plan so he can still operate from the Nevsail beach hut in Kilkee.”

“I think a lot of people have an attachment to it now, he’s been around for so many years and he’d do anything for anyone. So many people benefit across the board, and it’s done great things for local tourism,” she added.

Clare County Council were contacted by the Limerick Leader, but a spokesperson said it is unable to comment on the matter as the beach huts are subject to a confidential licensing arrangement.

The petition, which has been put to Clare County Council and Shane Ross, Minister for Transport, Tourism and Sport can be found here.