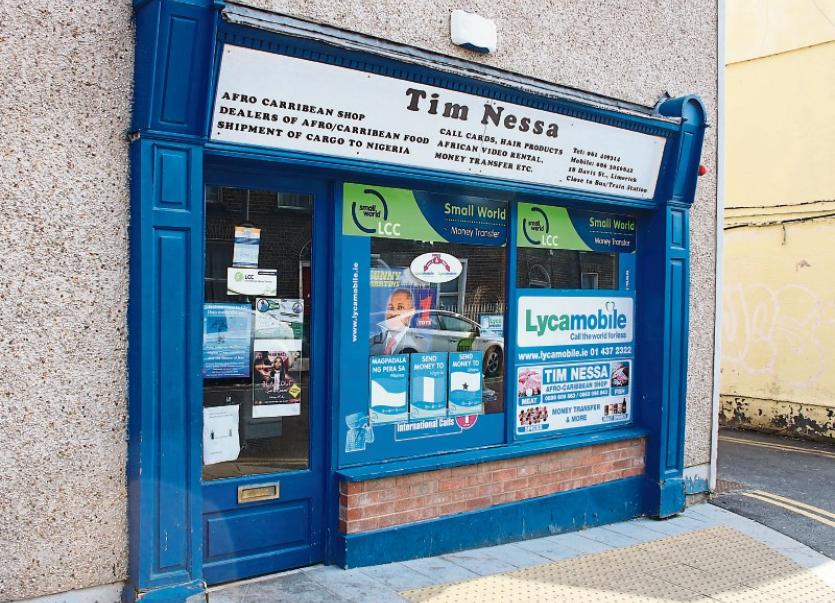 A RETAIL premises in the city centre was ordered to close last month after HSE inspectors found it was not suitable for the safe preparation of foodstuffs and that such activity was “prejudicial to good food safety and public health”.

The Food Safety Authority of Ireland has published details of the Closure Order which was served on the proprietor of Tim Nessa, Davis Street on May 14. The order was lifted on May 28.

According to the documentation released by the FSAI, numerous issues of concern were discovered when the premises was inspected by environmental health officers.

“There was evidence that the food business operator is cutting meat in a rear store room adjacent to the sanitary accommodation,” states the order which adds the carpet in the store room was “heavily stained with debris including particles of cut meat”.

The report states the store room was “wholly unsuitable” for food preparation activities and that there was no evidence the food business operator had undergone basic food safety training or that it was registered as a food preparation business.

Concerns were also expressed in relation to the storage of food products in the premises.

“There are loose fish stored in the freezer units. No labelling information is provided with these and there is the possibility of cross contamination,” states the report.

“Unidentifiable meats are stored in two smaller freezer units. Some meats are uncovered. There is no monitoring of temperatures of food storage units,” it adds.

According to the documentation, some foodstuffs were being stored directly on the floor when the inspection was carried out “Thus interfering with cleaning and pest control”.

There was a large accumulation of waste cardboard and no evidence that a waste collection contract was in place.

The HSE inspectors found there was a lack of adequate cleaning and disinfection and that there was an “unacceptable risk of cross contamination of foodstuffs resulting in potentially unfit and unsafe food being offered for sale to the consumer.”

Concerns relating to the traceability of food products found at the premises were also highlighted in the report.

According to signage at the front of Tim Nessa, it is an “Afro Carribean Shop” which deals in Afro/Carribean Food.

It also assists with the shipment of cargo to Nigeria,  call cards, hair products, “African video rental” and money transfers.