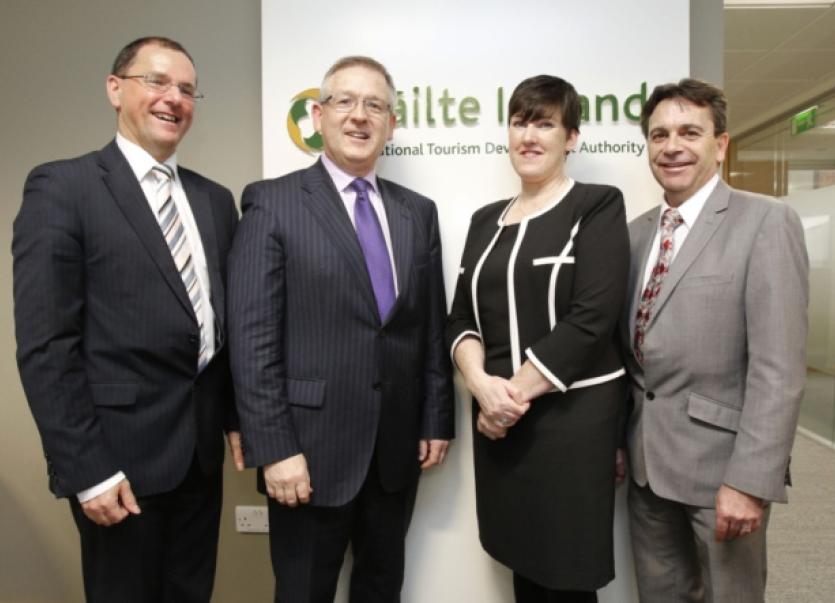 THE number of overseas visitors to the Mid-West grew by 8% during 2013, according to Failte Ireland.

THE number of overseas visitors to the Mid-West grew by 8% during 2013, according to Failte Ireland.

And the agency is determined to play its part in City of Culture 2014 as well as develop a more long-term tourism strategy for Limerick.

The growth in numbers into the region in 2013 marginally outpaced the national increase of 7% and much of that growth is being attributed to the 190 events arranged in Limerick as part of The Gathering 2013.

Failte Ireland has outlined its plans for 2014 to members of the regional tourism trade at its new offices in The Granary.

“The Mid-West region saw significant - and much deserved - growth in visitor numbers last year and much of this can be attributed to all those local communities who seized on the possibilities offered by The Gathering initiative,” commented Paul Keeley director, Failte Ireland.

“This year, the city has another card to play with the City of Culture programme providing another opportunity to grow local tourism and I’m sure everyone with an interest in tourism will get behind this also.”

Failte Ireland plans “working closely at a local level” with Limerick City of Culture and was “co-ordinating a series of international media trips to Limerick as well as encouraging international travel operators to feature Limerick in their programmes this year”.

Apart from its efforts to capitalise on the year-long festival, Failte Ireland is also engaging in what it said was a more “fundamental revamp of the way Limerick presents itself to holidaymakers” through a new “tourism proposition and interpretation framework” it is developing for the city.

“The aim of this work,” explained Failte Ireland’s Fiona Monaghan, “is to bring Limerick to life for tourists by identifying the tourism strengths of Limerick and developing a framework for promoting them better - which will include the main themes and stories of the area, how these relate to key locations, sites and discovery points, and how these could best be brought to life.”