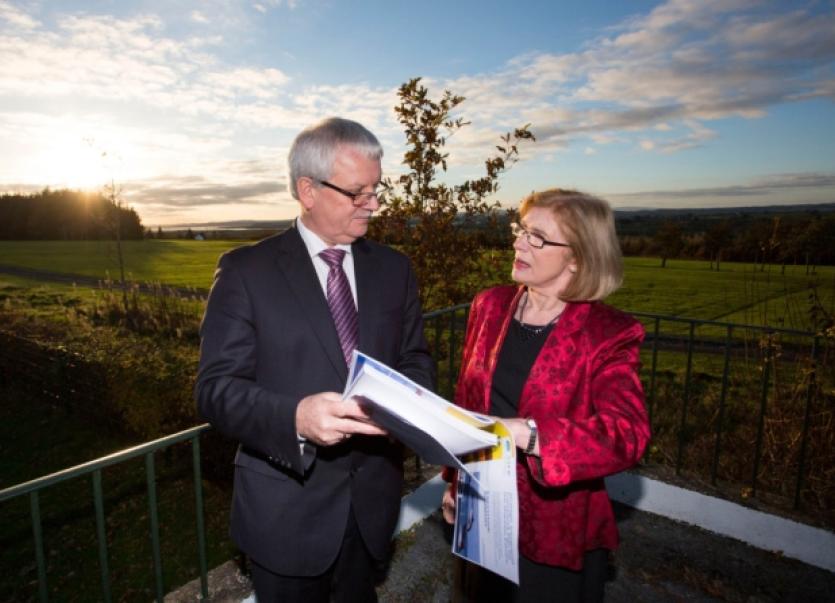 STAKEHOLDERS in the future growth of the Shannon Estuary have been urged to set aside “parochial forces” and “think with our national hats on” in a bid to secure jobs and investment for the region.

STAKEHOLDERS in the future growth of the Shannon Estuary have been urged to set aside “parochial forces” and “think with our national hats on” in a bid to secure jobs and investment for the region.

A long term plan for the economic development of the estuary, which was launched by Minister of State Jan O’Sullivan in Dromoland last Friday, has identified nine “strategic development locations” along the 100km estuary, five of which are in Limerick.

The 30 year strategy has been drawn up by Limerick’s local authorities, Clare County Council, Kerry County Council, Shannon Development and the Shannon Foynes Port Company. It will serve as an overall guide for planning in the estuary, and will be reflected in changes to existing local development plans.

Speaking at the launch of the document Gordon Daly, senior planner with Clare County Council, urged locals and stakeholders not to focus on whether resources are invested in Limerick, Kerry or Clare. He said that while there may be “some parochial forces” in play in future, it is important for people “to think with our regional and national hats on”. Mr Daly stressed that “any jobs created along the estuary will be local”, and whether they are in Kerry, Limerick or Clare “for our youngsters they’ll be closer than Dubai, Sydney, Canada or Perth”.

The strategic integrated framework plan aims to further develop “the largest and deepest” estuary in Ireland through a mixture of heavy industry, shipping, fishing, renewable energy and maritime tourism. Today up to 200,000 tonnes of shipping pass through the estuary each year.

Two Limerick sites are also identified for the development of commercial fishing and aquaculture opportunities: Greenish Island and Long Rock.

The document provides support for the “retention of the existing port” in Limerick, but leaves open the possibility of alternative future use of the docks by supporting “the development of an employment and residential hub to facilitate the sustainable development of the docklands”.

At Friday’s document launch several references were made to the multi-million euro Shannon LNG project, the future of which is still uncertain. The €500 million plan to build a liquefied natural gas terminal on the Tarbert-Ballylongford land bank would create hundreds of jobs if it is approved. However the fate of the project remains in the balance pending a High court decision.

Shannon LNG is seeking a judicial review of a decision by the Commission for Energy Regulation that it contribute to the cost of gas inter connectors between Ireland and the UK, something the company feels it should not have to do as it will not be using them. A judgement in the case is expected within the next week.

Ms O’Sullivan said that the multi-agency strategy can be “a template of future development in our region”, and described the Shannon Estuary as “one of the most significant natural resources in the whole country”.

“I do believe that a planning-led approach is absolutely crucial if we are to get the best out of our region”, she added, while calling for “sustainable and careful management” of the estuary, which is also a special area of conservation.

Tom Coughlan, Clare county manager and chairman of the steering group that drew up the plan, said that the aim of the strategy “is to identify the nature and location of future development, economic growth and employment” in the “multi-functional” estuary.