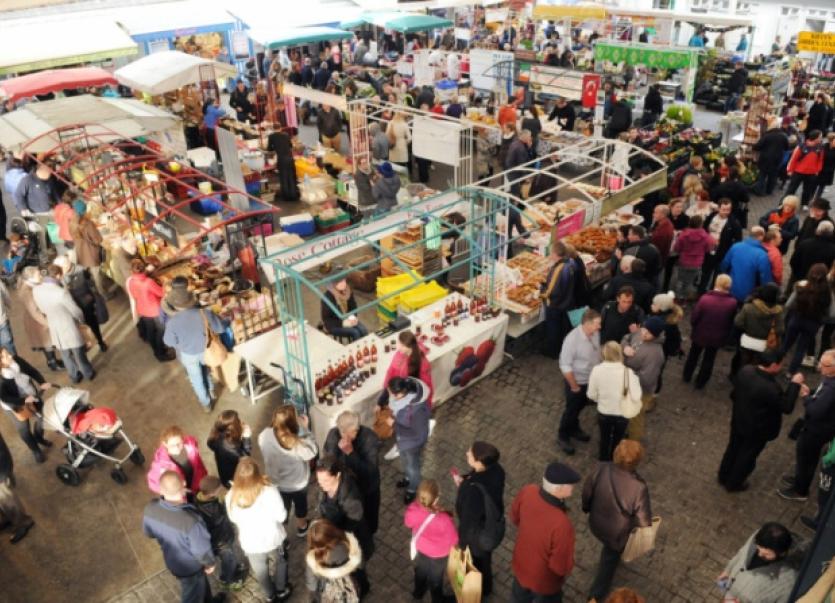 DEBATE continues to rage on about the future of Limerick’s Milk Market and how it is governed, following calls by two shop owners on the perimeter to abolish the market trustees.

DEBATE continues to rage on about the future of Limerick’s Milk Market and how it is governed, following calls by two shop owners on the perimeter to abolish the market trustees.

A letter from five of the shop owners along the market walls, published in the Limerick Leader this week, criticised the “lack of vision” at the market, especially around Christmas time, and failed efforts to revive the market outside its popular Saturday slot.

However, Cllr Michael Sheahan, chairman of the market trustees and Mayor of Metropolitan Limerick, said every attempt has been made to boost the market on other days of the week.

“We are trying to be innovative all the time. We have moved hell and high water to have other markets there, but the money simply isn’t there.

“People seem to have money to come to the market on Saturdays, but don’t other days of the week. It’s just too difficult to get the footfall in Limerick outside of that Saturday, and the stall holders won’t come in because they know that people aren’t there. Ninety-five per cent of the traders are happy with how the market is run,” he said.

In line with the council, he said they are now putting together a market plan for the city, and said they don’t want to see “cowboy markets” springing up around the city.

Last week, the manager of the Milk Market, David O’Brien, called for the council to work with the trustees to ensure tighter regulation of the quality of stalls outside its confines said he didn’t “see the relevance of creating extra market days for others to cannibalise”.

In relation to the abolition of the 27-man market trustees, which includes 18 councillors and nine business people from Limerick Chamber, Mayor Sheahan said they are looking to streamline the board, down to perhaps 12 people to include a market trades person.

But it remains to be seen if the shop owners will have any say on that board, as they are viewed as a different entity by management.

However, Mayor Sheahan said the difficulty is they do not have the funds, upwards of €150,000, to change the legislation outlining the market’s governance, which dates back to 1852.

“We are trying to see if our legal people can do this without incurring major costs. There isn’t need for 18 councillors, but we need 12 people, because some people miss meetings and you need to have a quorum,” he said.

One person who hasn’t attended any meetings to date – and doubts whether his schedule will allow for his attendance in the future – is the other mayor – of Limerick city and county – Kevin Sheahan.

He said while he is automatically elected to the board due to his status, he hasn’t attended any meetings to date because his schedule is “chock-a-block”.

When he was previously on the board of the market trustees, he said, “I honestly thought it was a waste of time, because the council has little input. Maybe that has changed?”

“Even in politics, if you had more people involved who ran corner shops they might have a better handle on the economy,” he said.

On a separate note, he said the legislation allowing for two mayors in one county should also be changed as “it’s confusing the people.”

“I have no problem with Michael Sheahan, but neither he nor I wrote the script that was foisted upon us. You can’t expect people to take you seriously [when there are two mayors], but we’re performing in accordance with the law,” he said.

Several business people who have leases on the shops along the perimeter of the market have criticisms about its lack of progress over the past four years since the €2m redevelopment and its inability to operate successfully outside the Saturday mainstay, as their businesses are reliant on more than a one day a week runaway success.

However, both the chairman and Mr O’Brien maintain that these shops, with the exception of two units, are independent entities, some of whom own their units, while others operate them under long leaseholds and pay their rents privately – not to the market trustees.

Kieran Walsh, of the fishing and tack shop, which has also introduced a coffee shop to boost its coffers, said December 8 was traditionally one of the busiest days of the year, and yet he made just €23.

“It’s a fantastic place but it’s completely and utterly under-utilised. We have 6,000 to 10,000 people down here on a Saturday, but it needs to be like that at least three to four days a week. It should be open seven days a week like the English Market in Cork,” said Mr Walsh. “The market is operating under a very old system, which is top heavy. I think it should be run by the council,” he added.

Mari Hussey of Green Acres cheese shop in the market said she blames the market of trustees for a lack of vision and planning. “I have been here 25 years, and I am not one penny better off since before that roof went up,” she said.

Nadine Buttery, who runs the tai chi class on Sundays in the market and also the Out of the Blue gift store, said a 21st century market should not be operating off a system that dates back to the 1800s.

“The traders have absolutely no voice. There is no system for a complaints procedure, and that’s bad for both the management and the market. I think we should get rid of the board of trustees. We’re working off an 1900s rule book, it’s an archaic system, and how many of them have any retail experience or visit the market regularly?”

“So much could be done with the Friday and Sunday markets, but they have suffered drastically over the past year and a half. There are little successes here, but I believe we could be more modern in how we deal with each other; working as a co-op rather than a manager and a group of trustees, who don’t understand the ground floor. We need vision and the ability to make that vision come true. Of course, there will be money problems. We are used to money problems, but here you have some of the most creative people in Limerick.”

The shop owners argued, in a letter to this newspaper (page 18) that while “the Market Trustees might have nothing to do with the shops on the perimeter, the retailers have everything to do with The Milk Market. They pay maintenance, pay for music, advertising, and promotions. Both Mr O’Brien and Michael Sheahan disputed the latter point, with the latter saying any contributions paid to them would be “minimal”.

Mr O’Brien has called on the council to “row in with us” and allow the Milk Market to grow. Last week, he told the Leader: “We’re the best market in the country on a Saturday – hidden behind a wall of these other street traders ... During my five years here we’ve tried to have talks with the successive leaders, but to date we have not had the co-operation we would have liked to get. We hope things might be different with the current administration.”

Sinn Fein councillor Seamus Browne, from Abbeyfeale, who has met with some of the shop owners and is on the board of the market trustees, said he believes the management structure is “antiquated, too big and unwieldy.”

“Everyone has concerns - the management and the traders, and it’s important that it doesn’t become a case of management versus traders. His Sinn Fein counterpart Malachy McCreesh, also a new recruit to the market board, agreed that “it’s not reaching its full potential, and a vision is needed for the whole market.”

The Milk Market is currently open every day up until Wednesday, December 24, and full details of all upcoming events can be found at www.milkmarketlimerick.ie/