Only one cruise ship for Foynes this year 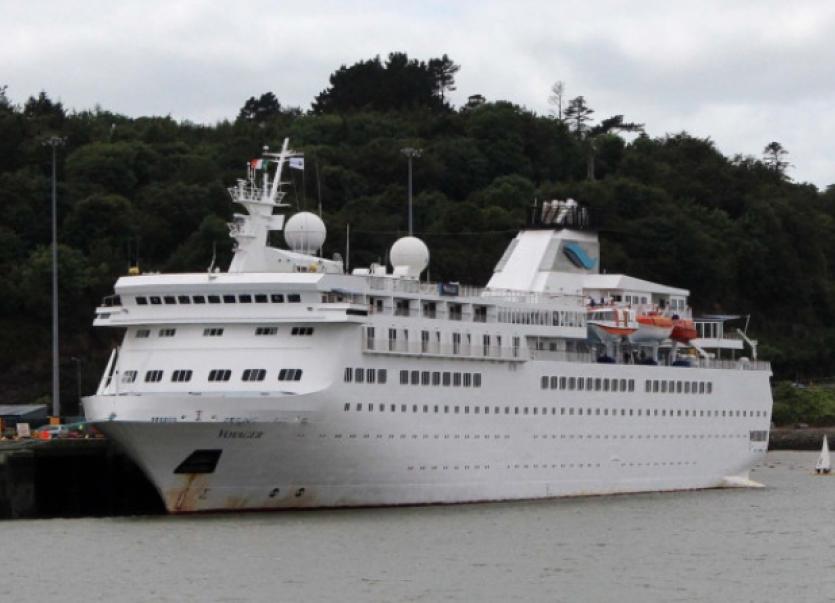 THE cruise ship The Voyager, which berthed in Foynes early on Tuesday morning, will be the only large cruise liner to be seen on the Shannon this summer.

THE cruise ship The Voyager, which berthed in Foynes early on Tuesday morning, will be the only large cruise liner to be seen on the Shannon this summer.

Last year, at least four cruise ships came into the port, sparking optimism that this particular tourist business would continue to grow.

“The Voyager is very welcome but it is disappointing that we will have only one cruise ship coming in this season,” Margaret O’Shaughnessy, the director of the Foynes Flying Boat and Maritime Museum said.

Up to now, she explained, Shannon Development had specific responsibility for promoting Foynes and the Shannon as a cruise-ship destination. But unfortunately now, following the merger of Shannon Development’s tourism function with that of Fáilte Ireland, that is no longer the case. “I hope that will change and that someone will take up the slack,” she said.

Meantime, other ports on the Western seabord, such as Galway and Killybegs are working to promote themselves as cruise-ship destinations.

“It is a huge and growing business,” Ms O’Shaughnessy pointed out. “It is not just Foynes that gains from this kind of tourism. There were busloads here on Tuesday morning heading for Adare, Limerick, Bunratty and the Cliffs of Moher. Everybody gains. There is some bit for everyone.”

The Voyager berthed in Foynes at approximately 8.30am on Tuesday morning, having sailed from Portland in Britain with its complement of almost 400 passengers and over 200 crew.

The majority of the passengers were Belgian. The ship, which has visited Foynes previously, left with the tide at 5pm, heading for Killybegs.