Limerick bookie hopes to be broke in September 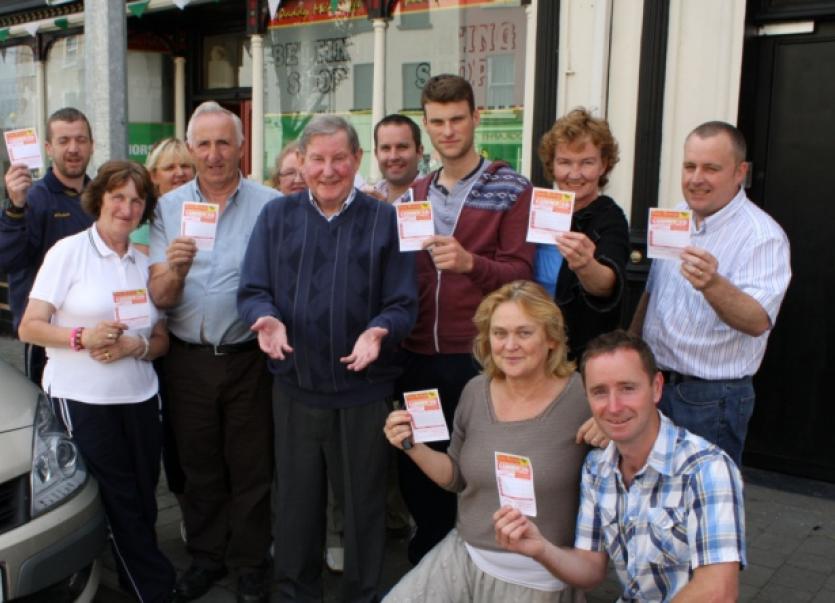 PADDY McAulffe has been a bookmaker for 35 years and not once has he paid out on Limerick winning the Liam McCarthy Cup.

PADDY McAulffe has been a bookmaker for 35 years and not once has he paid out on Limerick winning the Liam McCarthy Cup.

It’s not often a bookie wants to lose money but Paddy would love for punters to empty his pockets.

“I would be hoping from my heart that Limerick would win an All-Ireland. It would be fantastic, it would actually rise people.

“If I had to lose my money I wouldn’t mind. I would be absolutely thrilled if Limerick won an All-Ireland,” said Paddy, who has betting offices in Bruff and Hospital.

However, while Limerick are 8/11 to beat Clare on Sunday it is far from easy money.

“We are not going to beat Clare out the gate at all. We have a real good chance of beating them and we are all hoping they will win but Clare are going to be tough. And especially after winning the Munster U21 championship that will give them great confidence,” said Paddy, who is an astute judge.

“I don’t know why Tipperary U21s were favourites against Clare. I wasn’t too anxious for Tipperary to be favourites.

“We do big business in the GAA. I love pricing the club matches myself and fellows telling me I’m wrong and I don’t always be right - if I was I would be a millionaire,” said Paddy, who is from Dromin-Athlacca.

The former Kilmallock county councillor and publican says he took plenty of euros for Limerick to win the Munster championship at 7/1 and didn’t mind paying out when they beat Cork.

“It has brought a great buzz. In the shops it is the main topic of conversation,” said Paddy, who has his shops decked out in green and white.

Meanwhile, Paddy Power report that one confident Limerick punter could be in for a massive windfall. At the start of the year Limerick seniors were 25/1 and minors 20/1.