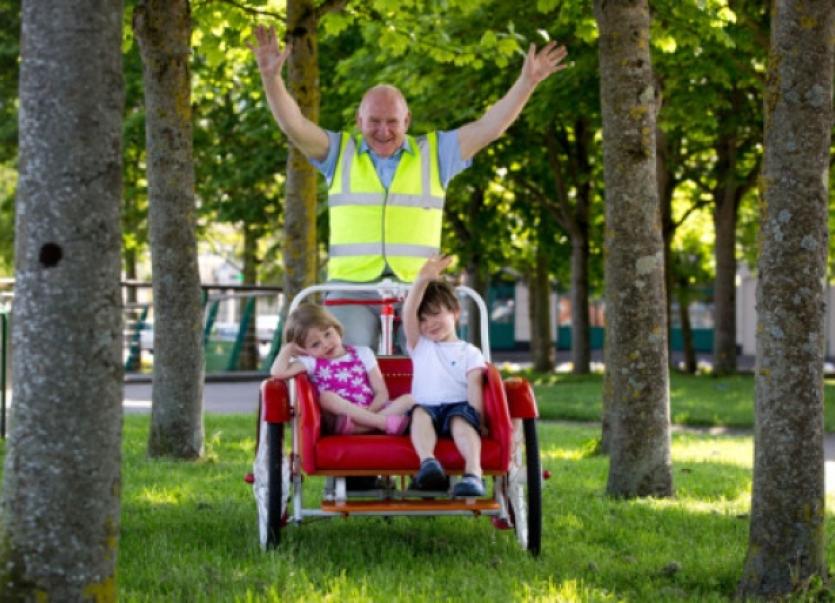 Limerick’s BeSPOKE Bike Festival was launched this Wednesday in the city, and will feature a range of events to cater for bike fans and those who have not sat astride a two wheeler in years.

Limerick will host the inaugural BeSPOKE festival as part of the Department of Transport, Tourism and Sport piloted national initiative.

Backed by Limerick Smarter Travel - a local authority project which received funding to roll out ways to get people using more sustainable modes of transport - the festival will run from Friday 14 to Sunday 23 June at various locations around the city and county.

Bike Week - supported by Limerick Sports Partnerships - will feature a range of events for all ages, including a public interview with LeMond in the Lime Tree, the Get BACk Challenge Cycle, an 8km family cycle in the University of Limerick, the Smarter Travel Expo, and the colourful bicycle parade starting at City Hall on Sunday, June 22.

“During the week we have an exciting array of events throughout the city and county and no matter what your age, size or fitness level there is an event for you with lots of prizes and absolutely free,” he added.

“The range of events offered will cater for all cycling abilities and the week will come to a climactic end with the Bicycle Parade on Sunday June 23 at 12 noon from City Hall to the People’s Park.

“The flagship event is open to cyclists of all ages and abilities and fancy dress is recommended,” added Pat.

Mayor McLoughlin said he cycle because he “really enjoys it, but also I am very aware of my carbon footprint and the bike is kind to the environment”.

“My vehicle of choice for city movement is the bike and I would recommend that everyone, especially families, get on their bikes for the Bespoke Bike Festival and beyond,” he added.

Elaine O’Connor, coordinator of the Limerick City Sports Partnership who will benefit from funds raised through the Focus Consulting backed Get BACk cycle on June 15 in Kilkee, said: “Bike Week’s main focus is to encourage family members to take up cycling as a regular activity in their local community.”

“National Bike Week was launched in 2009 to raise the profile of cycling as a healthy and fun mode of transport and physical activity.

“Limerick Sports Partnerships are delighted to be involved once again and look forward to the people of Limerick turning up in large numbers to demonstrate or rediscover their love of cycling,” she added.