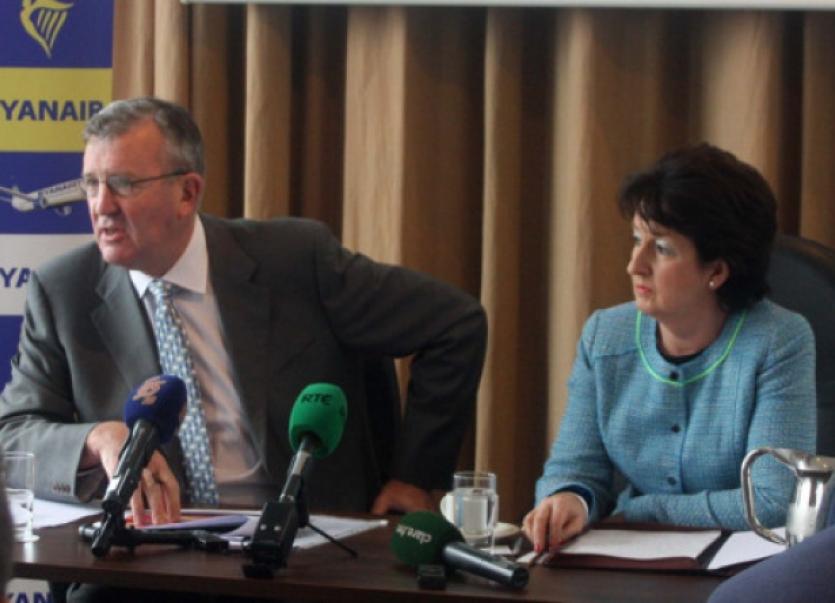 THE ability of newly independent Shannon Airport to strike its own deals was crucial in Ryanair reinstating seasonal services to popular Alicante, the airline’s deputy chief executive Michael Cawley has said.

THE ability of newly independent Shannon Airport to strike its own deals was crucial in Ryanair reinstating seasonal services to popular Alicante, the airline’s deputy chief executive Michael Cawley has said.

Last operated in 2010, Alicante is the first new route announced for Shannon by Ryanair since the airport officially separated from the DAA in January.

Mr Cawley declined to say what deal on charges it had been given but indicated it was more favourable than what had been on offer when Shannon was a DAA operation.

Around 30,000 passengers would use the Shannon-Alicante route between June and September, Mr Cawley said, bringing the total number of Ryanair passengers up to 485,000 passengers on 10 routes.

This is a far cry from almost two million passengers in 2008 and Ryanair’s numbers at Shannon have steadily declined since the introduction of the airport departure tax and increases in passenger charges.

But Mr Cawley said more services for Shannon are in the offing if the airline can strike an agreeable bargain on charges.

“It’s refreshing and a reflection of the beginning of a new relationship, we hope,” Mr Cawley said.

And increasing the number of planes based at Shannon - currently a solitary aircraft - was “certainly on the agenda” and “Shannon certainly warrants a base”, he added.

The Alicante announcement was “symptomatic in its way of the independence Shannon has acquired” since decision-makers there were “freed of the shackles of the DAA”.

“And we are happy that after three or four years of decline, we have had some negotiation with the airport and while we have not reached a substantial agreement, we have agreement enough to make today’s announcement,” Mr Cawley said.

Alicante, according to Shannon Airport Authority chairman Rose Hynes, had been “at the top of the list” in terms of sun destinations sought by the airport.

She was confident there was enough demand in the Mid-West to make the route a success and the airport expects many who fly to Alicante out of Dublin and Cork to now return to Shannon.

“Ryanair is a valued customer of Shannon Airport and we are delighted with today’s announcement as Alicante is a route there is high demand for in this region...it was something we specifically spoke to Ryanair about in response to that demand,” Ms Hynes said.