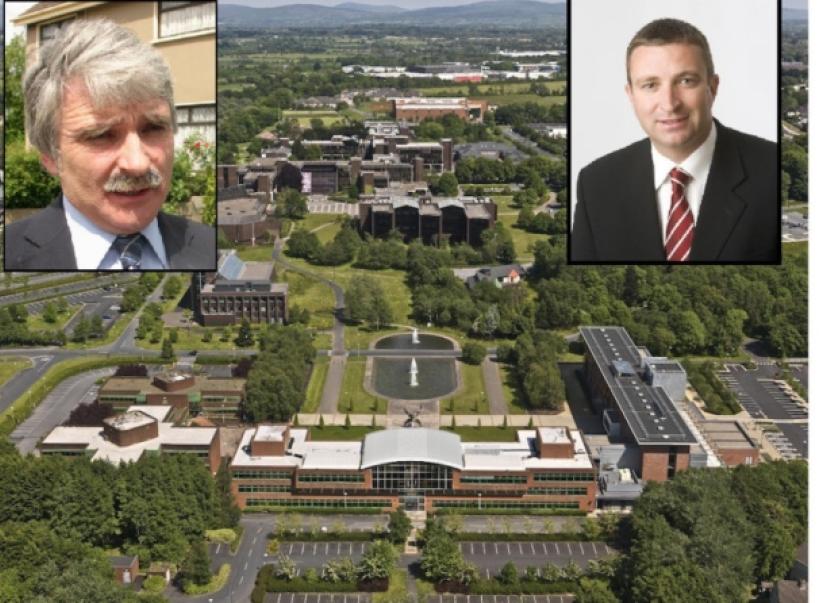 Deputies Niall Collins and Willie O’Dea have welcomed confirmation in the Dail that an independent review of allegations surrounding financial practices in the University of Limerick, and the treatment of the employees who have made those claims, will soon go ahead.

Deputies Niall Collins and Willie O’Dea have welcomed confirmation in the Dail that an independent review of allegations surrounding financial practices in the University of Limerick, and the treatment of the employees who have made those claims, will soon go ahead.

They have also urged Minister Jan O’Sullivan to call on UL to withdraw their “legal bloodhounds”, after High Court proceedings were issued by UL against the Limerick Leader and its editor Alan English.

UL is taking a defamation case against the Leader arising from an article published last month, which detailed the claims of two UL employees, in relation to inappropriate payment of expenses and their treatment by UL as a result of raising concerns.

UL has strenuously disputed all allegations. A third person in the same department, who also brought similar concerns to the Public Accounts Committee in 2012, has now spoken out in support of those women, one of whom was her direct replacement.

UL said the allegations of this former employee were dealt with at the time, in its correspondence to the PAC and with the Comptroller and Auditor General, and that it is subject to rigorous auditing on an ongoing basis.

However, both Fianna Fail deputies said there are a number of other former UL employees who also wish to speak out, and to help inform any investigation, even if they have been “forced” to sign confidentiality agreements themselves.

Minister O’Sullivan was absent when the matter was raised in the Dail this Wednesday afternoon under topical issues, which Mr O’Dea said he “deplored” as the matter concerns her own constituency.

In her absence, Minister Damien English outlined that the Higher Education Authority, in consultation with the Department of Education and the university, will now put in place a process of review.

The precise terms of reference will be established within the next few days and it will be independent of the university’s processes, said Minister English.

Minister English said the “employees in question have not to date set out specific allegations, pleading a lack of confidence in the university to properly inquire into them”. He outlined that Tom Boland, chief executive of the Higher Education Authority, has now met with the former employee who brought her issues to the PAC in 2012.

“The department has concerns on a number of levels,” he said, “in the case of the employees and the former employee, they continue to feel victimised for having, as they see it, challenged irregular practices.” Furthermore, he said, “the university is an important institution regionally and nationally. The current controversies are potentially damaging to its high reputation. They need to be dealt with comprehensively and conclusively.

“The demands of public accountability are such that the truth of any allegation of misconduct in a higher education institution needs to be established beyond reasonable doubt.”

Mr O’Dea said that in addition to the cases that have been brought to Niall Collins’ attention, “a number of additional people have come to me, with essentially the same story.

“If people raise their heads and raise their issues, particularly about certain payments, then they are literally hounded out. It has happened in several cases that have been brought to my personal attention. This reflects a very, very disturbing pattern of behaviour indeed and all the investigations that have taken place, the internal university investigations, and the circumstances surrounding these cases, where people have to leave, show a patent lack of independence,” he said.

UL has said that the two employees at the centre of the Leader’s story were found to have made ‘malicious’ claims, according to an independent investigator. The employees reject this, and since their suspension this June they have been unable to access their internal system in UL to further substantiate their claims.

Mr O’Dea does it does not make sense to offer two employees two years’ salary – nearly €60,000 – if they are truly guilty of an offence. “Why would you pay two years’ of taxpayers’ money to someone who your own investigator, who is supposed to be independent, is found to have acted maliciously?” he queried.

Mr Collins said there is a “lot of commonality with all these allegations”, in terms of those brought to his attention in 2012, and other more recent allegations. “But there is one common theme now, which is coming through in all of this; people who questioned and queried payments – certain payments – at the University of Limerick, many of them were asked to leave. Many of them were paid off and were removed from their jobs, and in addition to that, many of them were asked to sign confidentiality agreements - not to speak about their experiences,” he said.

“I am aware of other people who haven’t come forward, whom I have spoken to, whom I know, and I can tell you that those people are people of the highest integrity. They have come forward also [to him], so I think the alarm bells are ringing and we need to sit up and take note in relation to that.”

Mr O’Dea says he does not “agree with everything the Limerick Leader says, or everything that the editor says, but the Minister will know and appreciate a free press is essential in a properly functioning democracy. I would ask the Minister to contact the university and call off these legal bloodhounds.”

Mr Collins also said the High Court proceedings by UL against the Limerick Leader are “quite unprecedented”. He said a wider investigation should not be ruled out, if it is merited following the initial review, which is expected to conclude by November.

UL has welcomed confirmation by the Higher Education Authority that it is to appoint an external investigator into these matters.

UL once again urged the HEA to bring this review to a prompt conclusion and has said it looks forward to assisting it.