JP McManus Pro Am to return to Adare Manor in 2018 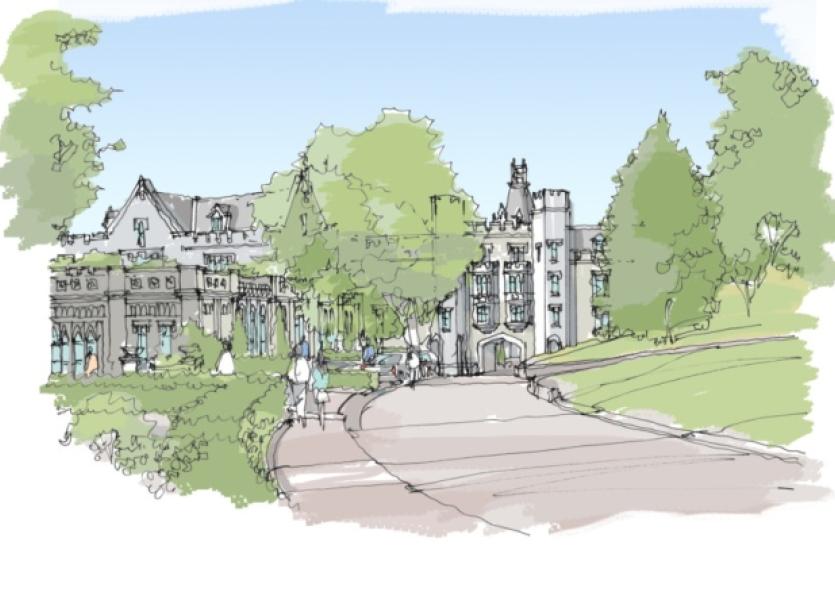 The JP McManus Pro-Am will take place in Adare Manor Hotel and Golf Resort in July 2018, it has been confirmed.

The tournament, last held in 2010 and which has raised more than €100m for charities in the Mid-West, will be the first major event to take place in the newly refurbished and upgraded hotel and resort, now owned by JP himself.

Anita Higgins, general manager of Adare Manor, was speaking to the Limerick Leader at a briefing to outline very significant plans to redevelop the hotel, which will see it close for 18 months from early in 2016, subject to planning.

“The Pro-Am will take place in 2018,” she confirmed. “I worked here on the Pro-Ams in 2005 and 2010, which saw record numbers. And the fact that, everything going to plan, we will have this wonderful upgrade and refurbishment of the property to showcase at that time is very, very exciting.”

A consultation of golf club members, home owners, interested community stakeholders, politicians and the general public – plus the media – took place this week to show off the extensive plans to refurbish and upgrade the hotel facilities. Planning will be sought in the next month and proposals include the construction of a new wing to include around 40 bedrooms; the construction of a ballroom with capacity for 350 people; upgrading of the spa facilities and construction of car parking and maintenance facilities; a major redevelopment of the golf clubhouse and works to the golf course.

The course will close for around six months in 2016 and members – who have been informed – will be accommodated elsewhere.

Reardon Smith Architects, responsible for the restoration of the Savoy Hotel in London, are overseeing the redevelopment, along with local architect Michael Healy, while Punch Consulting are also contracted.

Ms Higgins confirmed that discussions with staff have been ongoing for several months in anticipation of the works. A core group of the approximate 200 staff will be retained, while others will take career breaks or go on secondment to other hotels. She said that every effort will be made to retain staff and that numbers will increase to 300 when the development is finished.

“Absolutely, there is a huge skill set here. There is an amazing team that have been here – a huge skill set, so we will be working very hard to do that,” she explained. “People that are redeployed will return to the property and will retain their length of service.”

Ms Higgins said the planned additions to the hotel and resort were “essential”.

“We do need the addition of extra bedrooms, I have worked in Adare for 15 years now and we would have struggled right through, but primarily in what we call the high season from April through September, where we couldn’t meet the demand of business coming through from North America,” she said.

“The second thing that we struggled with was the function facility that we had - we had a very small function space, which was right in the interior of the building, so the extension to the ball room is really, really critical for us as well.

“The proposed plan is amazing. The sensitivity to the surroundings that has taken place is really great as well, and I think exactly what is presented here as potentially going for planning, is exactly what the property needs.

“This building is very, very important - I think it is very important to the south-west,” she said of the 19th century Manor house, which was extended in 1989.

“To sustain the house as far as window and roof repairs, that has to take place, but this is adding another 100 years history to it.”

Ms Higgins declined to discuss the cost of the project, but it is believed that Mr McManus, who bought the resort last year for a figure in the region of €30m, is planning to invest upwards of the same amount again in upgrading the facility.

Ms Higgins said that “every part of the property is open to the public to come and use the facilities” and would be when the works are finished. She denied that a plan was in place to create an exclusive, seven-star resort.

Conrad Smith, managing director of Reardon Smith Architects, told the Leader that conservation issues and local architecture both on the property and in the village had played a huge role in the design for the new wings, which will encompass a new entrance way leading to the front of the building, but will primarily seek to accentuate the manor house, while upgrading the more recent extension.

“This is one of the biggest projects we have done. We were responsible for the restoration of the Savoy Hotel in London and other major, five=star projects in Europe – but this is, I think, the pinnacle of what we are doing at the moment,” he said.

“Improving on things is always difficult, especially with a building like this, with so much history. The first thing we realised was the great responsibility we had for the building and to the area because everyone - not only in this area, but around the world - loves this building.

“So we have a great responsibility and that is where it starts from. Yes, we have to take things forward for the next 50 odd years - we have to add guest rooms to make things viable for the future, but it is from a basis of that history and respect for the building.”