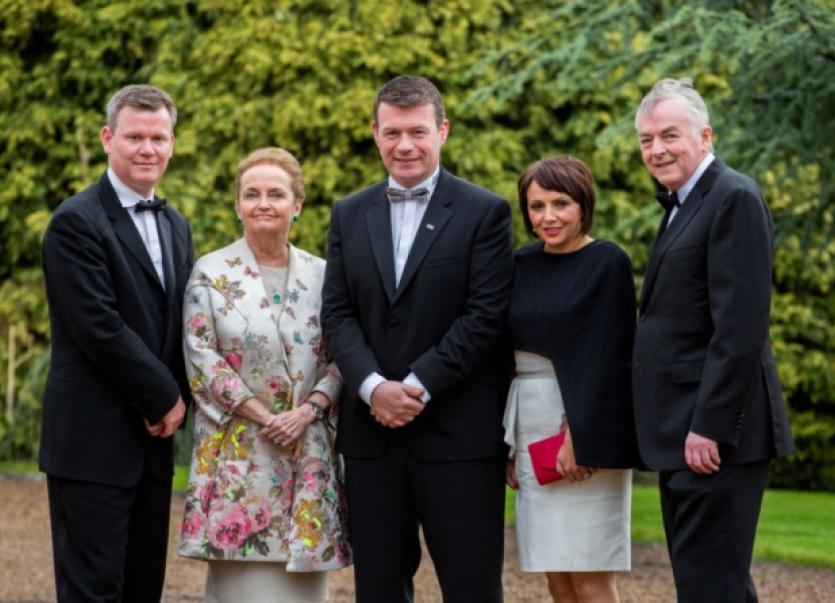 Johnson & Johnson has been announced as the first supporters of a gift pledge in excess of €300,000 to the University of Limerick.

Johnson & Johnson has been announced as the first supporters of a gift pledge in excess of €300,000 to the University of Limerick.

The announcement was made at the UL president’s dinner on the grounds of Plassey on Friday night.

The company is to fund four UL research impact PhD scholarships, and each scholarship will be valued at €20,000 per annum for a period of up to four years of study.

Barry O’Sullivan, general manager, Johnson & Johnson Vision Care Ireland, based just yards from the UL campus, said they are delighted to support in development of future R&D (research and development) leaders through this scholarship programme, which builds on their long-standing partnership with UL.

“Energetic and delivering committed collaboration between industry-academia-local government is fast becoming the hallmark of the R&D community in the mid-west region and we look forward to continued success in this area.”

The UL Research Impact PhD Scholarship programme has been established to nurture the next generation of researchers whose work will have benefits for industry, society, economy, culture and the world at large.

Almost 300 philanthropic and business leaders attended the 12th annual president’s gala dinner organised by the UL Foundation and held for the first time in a marquee on the lawns of the campus overlooking the river Shannon.

Speaking at the benefit evening, UL president professor Don Barry said: “PhD students carry with them their whole lives an ability and hunger for research.

“They are among the future R&D innovators and leaders who will contribute to our national competitiveness, social and cultural development and economic growth.

“The UL Research Impact PhD Scholarship programme aims to establish a highly competitive and prestigious PhD scholarship built on the foundations of excellence and impact.

“This fund will support our best and brightest to succeed in working on critical problems in collaboration with our industry partners. We aim to continue delivering research which will push the boundaries of human knowledge, address major societal challenges and nurture Ireland’s future R&D leaders.” Guests were treated to a special comedy sketch on the evening by impressionist Mario Rosenstock, as well as a musical performance by Donal Lunny, Mairtin O’Connor and Zoe Conway.