Award for Ballyhoura at sport tourism summit in Limerick 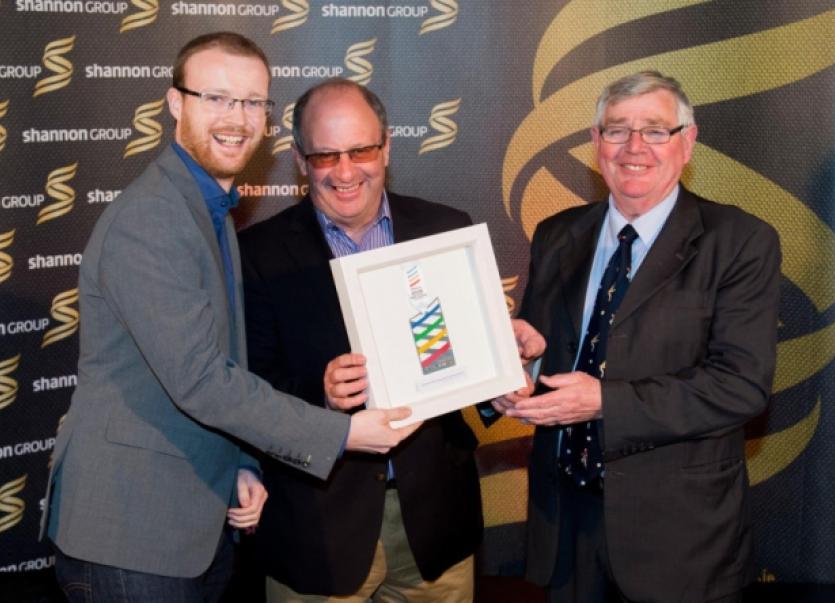 Ballyhoura was among the winners at the Shannon Group European Sport Tourism Awards in King John’s Castle.

Ballyhoura was among the winners at the Shannon Group European Sport Tourism Awards in King John’s Castle.

Limerick was also shortlisted for European Sport City of the Year but that award went to London.

The awards were added to the returning European Sport Tourism Summit this year, which attracted delegates from 17 countries to the leading think-tank, held over two days last Thursday and Friday.

It was a “proud moment” for the mountain bike trail park, which will this year play host to the Beast of Ballyhoura Adventure Race and European Adventure Race Finals.

“We are delighted and privileged to receive this award,” said Ben O’Sullivan, chair of Ballyhoura Failte.

“The event that brought such a prestigious award was the 2014 European Mountain Bike Championship, which brought the elite in mountain bikers from all over Europe to Ballyhoura. The event was the culmination of a lot of hard work by a lot of people over a long period to bring this event - the first in Ireland.”

The Summit itself took place primarily at Thomond Park, with an academic seminar at UL. The brainchild of Keith Wood and Mark O’Connell of W2 Consulting, the conference heard from a wealth of leaders working across the industry, including Commonwealth Games CEO David Grevemberg, Ryder Cup Director Richard Hills and Director of Major Events and International Relations at UK Sport, Simon Morton.

Roxboro-based garda and Six Nations winning captain Niamh Briggs was also in attendance and said it was an “unbelievable” event.

“When you see the calibre of people that are here and what they were saying this morning, it is amazing,” she said, adding: “It showcases what a great city Limerick is and it is a great initiative.”

Keith Wood said that the speakers were “extraordinary people to have in Limerick and you want to pick up what they have to say, you want to learn from them.

“The first people who signed up for this came from Korea. That is extraordinary. We have 17 countries represented in Limerick today. There will be between six and seven hundred people at the events over the two days.

“I actually love the fact that they are here in Limerick and it has been a big part for us, sport is absolutely embedded into the fabric of what it is to be a person from this region,” he added, noting that Ireland could do more to tap into a market estimated to be growing at a rate of 14% per annum, compared to wider tourism growth of 5%.

Sport market intelligence expert Mike Laflin of Sportcal said that Ireland ranks 60th in the world, behind Barbados and Andorra, in terms of attracting major global sport events over the past six years.

“If Ireland got everything in line, you would see it jump up the global rankings very quickly by landing major international events.”

It was announced by Neil Pakey, CEO of Summit sponsors Shannon Airport, that the group would be backing the event for three years, meaning it will again return to Limerick next year, despite international interest in it.

“We are welcoming people from 17 different countries, who are coming in to experience Limerick first hand, and market Limerick as a city of sport,” said Mark O’Connell.

“You get a real sense of the passion for sport in Limerick people. And it is very hard to quantify something like that, but when you actually bring in 270 delegates into Limerick for a European event, and it is growing year on year, you get that sense that there is a credibility behind Limerick as a venue to host business tourism events like this.”