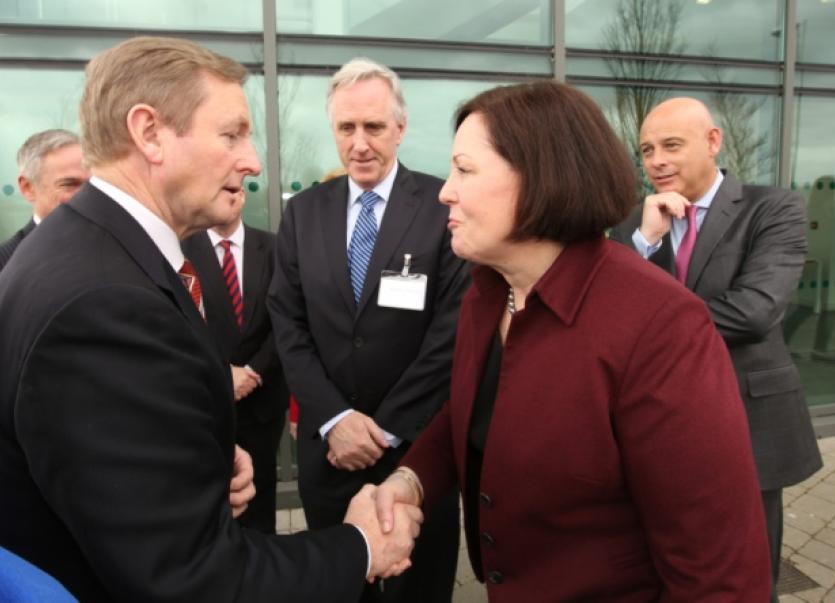 THERE has been a warm welcome across Limerick for the new jobs announced at Northern Trust.

THERE has been a warm welcome across Limerick for the new jobs announced at Northern Trust.

The financial services firm announced Friday that it was to add 300 new positions at its two offices in Limerick.

They represent the Chicago-based company’s second major investment in under three years here, a move which will see it employ over 1,000 people by 2017.

The importance of the investment was such that Taoiseach Enda Kenny was present in Limerick for the announcement.

He described Northern Trust as an “iconic company”, while the council’s economic director Pat Daly says Limerick is “fast becoming the location of choice” for the financial services sector.

Mr Kenny said the fact Northern Trust will employ over 1,000 people in Limerick is “quite brilliant”.

“For me though it is actually more important from the following two points of view - first of all the vast majority of their workforce come through UL and LIT - they are homegrown and so on. Secondly, they are drawing in employees from 12 different counties so to those who say that provincial and rural Ireland doesn’t benefit from investments like this, it proves a lie of that - 12 counties supply Northern Trust, the same applies for many other companies and we want to see that spread throughout the land.”

Dr Daly added: “The creation of jobs in this critical sector is a key part of our Limerick 2030 Economic and Spatial Plan and we are determined to ensure that we see more announcements like this in the years ahead. The roles that are being announced today are also reflective of the level of skills and business infrastructure that are available here, particularly the strength of our graduates from third level institutions like the University of Limerick and Limerick Institute of Technology.”

The city-based Fine Gael TD said: “This announcement is an endorsement of Limerick’s capacity to meet the needs of world-leading financial services companies like Northern Trust, which is signalling its strategic interest in Limerick.”