Supermac’s boss ‘keeping an eye’ out for more Limerick ventures 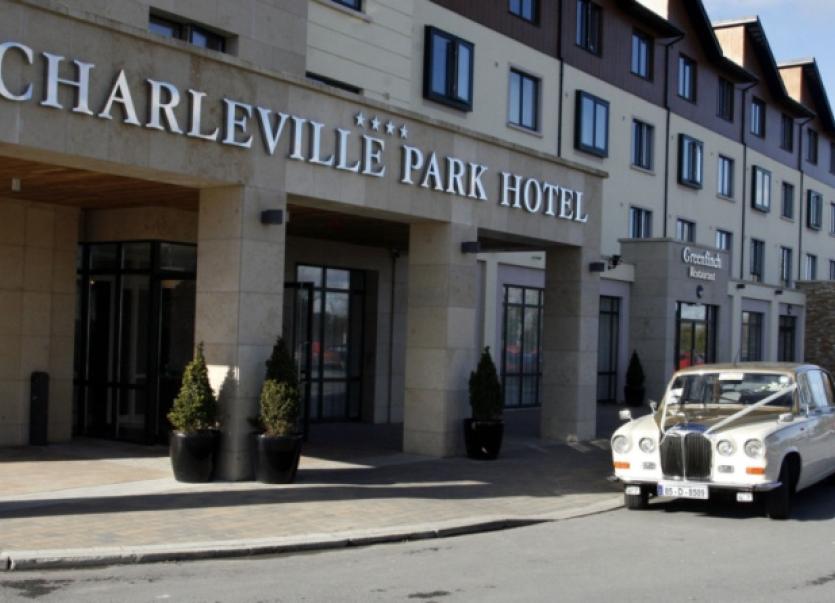 SUPERMACS boss Pat McDonagh, who took ownership of the Charleville Park Hotel this week, was encouraged to do so following the success of the Castletroy Park Hotel in Limerick, which he bought in 2012.

SUPERMACS boss Pat McDonagh, who took ownership of the Charleville Park Hotel this week, was encouraged to do so following the success of the Castletroy Park Hotel in Limerick, which he bought in 2012.

The hotelier finally took possession of the 91-bedroom hotel this Monday after a lengthy 12 month process since agreeing the purchase and is planning a €1m upgrade of facilities at the hotel in the coming months. The deal will protect jobs at the hotel, in excess of 100 in total.

Mr McDonagh, who founded the Supermac’s chain in 1978 which now has more than 100 outlets nationwide, said he was “delighted to be safeguarding jobs locally which may otherwise have been lost” as a result.

“We are delighted - there is in excess of 100 jobs, I think 110 jobs on the books, and we are delighted those jobs have been saved,” he told the Limerick Leader this week.

“A lot of them had the patience to stay with us while it was going through the process over the last 12 months, but we are looking forward now to revitalising the business and moving it on.”

The businessman, who also owns the Lough Rea Hotel in his native county Galway, proclaimed the Charleville Park as a “landmark stopping point on the journey between two great cities”.

“The hotel is in a great location, you could say it is midway between Cork and Limerick and it is a stop off point and a great meeting place for sporting teams and supporters,” said the former school teacher.

“It has a lot to offer from a business perspective, from a social perspective and as a function and wedding venue and it is a very good location which obviously is very important and it is a well established business.”

The Charleville purchase is thought to have been for a sum close to €5m and coincided with the McDonagh family opening the Barack Obama Plaza, a €7m-plus motorway filling station at Moneygall on the Limerick to Dublin road, with visitor centre commemorating the US president’s links to the village, last year.

In May 2012, a receiver was appointed to the Charleville Park by Bank of Scotland. It had a price tag of €3.75m but was bid well above that by a number of interested parties.

Mr McDonagh said the deal took nearly 12 months to get over the line and it had to be referred to the competition authority. But he is now planning to embark on a “significant investment programme” to upgrade the hotel’s facilities and was “committed to improving the service and offerings” of the Charleville Park.

“It is a pretty new hotel, obviously there hasn’t been very much spent on it over the last number of years while it was in receivership,” he said.

“Now we intend to refurbish it and redecorate it. Obviously there is a lot of equipment that needs attention as well - so it will be at least a million invested in it over the next six months or so to bring it up to the standard that we want.

“That and the fact as well that the business is going to grow will certainly help it move on to a new level.”

The Supermac’s boss was encouraged to move his focus towards Charleville after the success of the Castletroy Park, which has also had significant investment since he took it over.

“Yeah that is true, the Castletroy Park was probably the one that kicked off the interest in the business,” he said.

“All of my children went to UL, so I knew it very well and that proved to be quite a successful purchase. Obviously with the refurbishments that we have done on it and we are still doing more, it has helped the business to move on and to get further established. We are very happy with the progress it has made.”

With plans to open a plaza on the Ennis motorway, Mr McDonagh is continuing his investment in the region and refused to rule out further acquisitions in Limerick.

“We are always keeping an eye out to see what opportunities are there.”