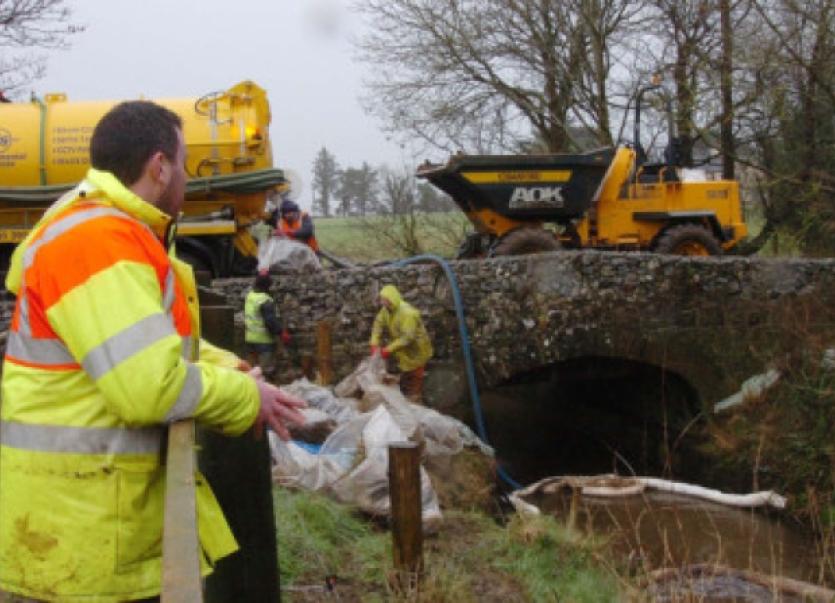 LOCAL motorists have been warned that county Limerick’s roads are likely to “deteriorate” in the coming years, as vital maintenance work will now only take place once every 15 years due to cutbacks.

LOCAL motorists have been warned that county Limerick’s roads are likely to “deteriorate” in the coming years, as vital maintenance work will now only take place once every 15 years due to cutbacks.

An audited report on Limerick County Council’s operations in 2012 has flagged how “nationally imposed financial constraints” and “exceptional local occurrences” have continued to place pressure on County Hall’s budgets, staffing and levels of service.

The recently published annual report flagged that the council’s budget for road maintenance had fallen by a total of €27 million between 2008 and 2012, and raised concerns that the practice of “surface dressing”, which seals roads and helps prevent potholes, will now only take place every 15 years, instead the recommended seven years. “When the recommended [15-year] cycle is not implemented, maintenance work becomes reactive and road conditions deteriorate”, the report warned.

The independent audit was carried out by a committee that was chaired by Dr Brid Quinn, lecturer in public administration at the University of Limerick, and also included councillors Jerome Scanlan and David Naughton, retired management consultant Tony O’Brien and Mary Fitzgerald of the Woodlands House Hotel in Adare. The committee acts an advisory body to the council’s own internal audit unit.

In the final report, Ms Quinn noted that the council has set aside €3 million as a contingency measure to cover the expected aftercare costs at the soon-to-be-closed Gortadroma landfill in West Limerick.

The council previously had to abandon attempts to sell the dump, the largest in the Mid West, and will remain liable for its aftercare for the next 30 years. A previous assessment by the Environmental Protection Agency (EPA) estimated that €160,000 per year will be required to manage the dump, which is to be closed at the end of 2013 as it will be “uneconomical” to extend the facility when its current capacity is full.

Ms Quinn said that it would cost as much as €6 million to extend the dump, but these costs would not be recouped due to increase in Government landfill charges and new European rules limiting the amount of waste that can be disposed of at landfill.

The report also assessed the council’s response to the River Deel pollution spill in January 2012, which saw 2,000 litres of oil spill into the river from the Crecora Mills plant in Castlemahon. The final bill for cleaning up the spill, which left as many as 1,500 homes and businesses without water for over two weeks, exceeded €500,000 and was described by the county manager, Conn Murray, as one of the main overspends in “an exceptionally challenging” financial year.

Ms Quinn noted that a cost control officer had been appointed by the council at the outset of the clean-up, and oversaw the provision of nineteen emergency water tankers.

However, the report flagged that the council’s existing drinking water emergency response plan “had not identified the specific risk in this instance”, and was subsequently reviewed.

The audit also found that the €105,000 grant by the Government for safety works on county Limerick’s most serious unfinished housing estates “was sufficient only to carry out the minimum works to make the sites safe”.

The report also gave special consideration to the Askeaton pool and leisure centre, which received a €50,000 overdraft from the council due to “financial difficulties”, as mid-year membership at the centre “was significantly down” and “ongoing running costs remained an issue”. Ms Quinn suggested that “the benefits of actions such as the periodic closing of the facility be explored”.