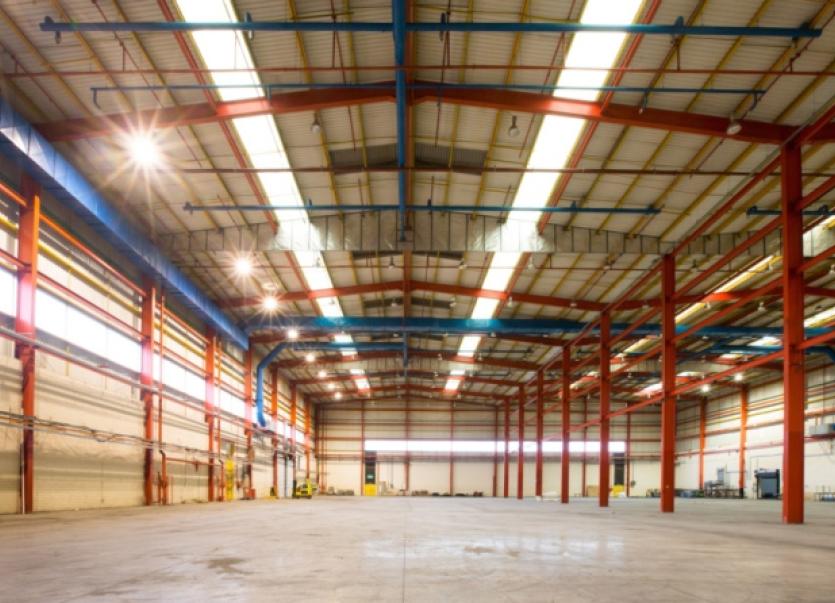 A DEAL for Ardmore Studios to lease the former Dell building purchased by Limerick City and County Council to develop a massive new film studio is expected to be finalised in the coming days, with a view to being up and running by January.

A DEAL for Ardmore Studios to lease the former Dell building purchased by Limerick City and County Council to develop a massive new film studio is expected to be finalised in the coming days, with a view to being up and running by January.

The local authority this week agreed a deal to purchase the 350,000 square foot warehouse through its company Innovate Limerick for a price of €5.5m. The fit-out of the building will cost up to €500,000.

The deal has seen Limerick take a huge step towards becoming a major location for film and television production, with the facility running to twice the size of Ardmore’s current studio in Bray, where series such as Penny Dreadful and Vikings are filmed.

Generous tax breaks introduced by the Government could lead to a potential “gold-rush” of film production companies setting up here, while the former Dell building is a prized rarity in that it was free and available for use and also, crucially, not located underneath a flight path.

The deal with Ardmore is likely to be completed early next week, with the studio confirming to this newspaper that it has been “assisting the city in its endeavours to make Limerick the centre for growth in the film and television sector”.

“They have cemented their commitment by acquiring the building. We are in discussions with them and expect to announce further details in the coming weeks,” said a spokesperson.

The deal for the council to buy the plant will see Ardmore take it on a lease basis, with a view to then purchasing the facility within a set period, at an agreed amount.

The council said it was acquiring the property in Plassey - which is approximately 25 acres in size with 7.5 acres of development land and 750 car park spaces - “as part of its strategy for infrastructural development”.

“It is proposed that the building will house a major international media hub to facilitate the production of film and television content and to provide support services,” said a spokesperson.

Chief Executive of Limerick City and County Council Conn Murray said the deal was “an important step in the local authority’s plan to create an international film centre and major sustainable employment locally.

“We’re delighted that subject to finalising details, we have agreed terms on the purchase of the former Dell building in Plassey. The purchase of this building is the first step in our strategy to create major studio facilities in Limerick.

“The next part of the process is to finalise our discussions with Ardmore Studios. We have been encouraged by the response to this initiative,” he added.

The deal was carried out through the council’s Innovate Limerick, a multi-organisational company aiming to generate new types of industry and employment in Limerick. It is being headed up by Mike Cantwell and a board chaired by former UL lecturer Eamonn Murphy, with representatives from government agencies, local entrepreneurs and industry leaders.

It is likely that a major facility will be developed in the city as a digital hub to feed into the Ardmore Studio setup in the Castletroy warehouse.

Cllr James Collins, who is a member of Innovate, said it was intended to “promote innovation and try to progress job creation in Limerick.

“This deal will give us a new type of industry, and different types of jobs that Limerick may not have had before in the past,” he said.

“That is the focus of this current project and we are looking at some other ones that we are trying to progress into the future,” he added.