‘Be a good listener and carry the handbags’, says best escort from Limerick 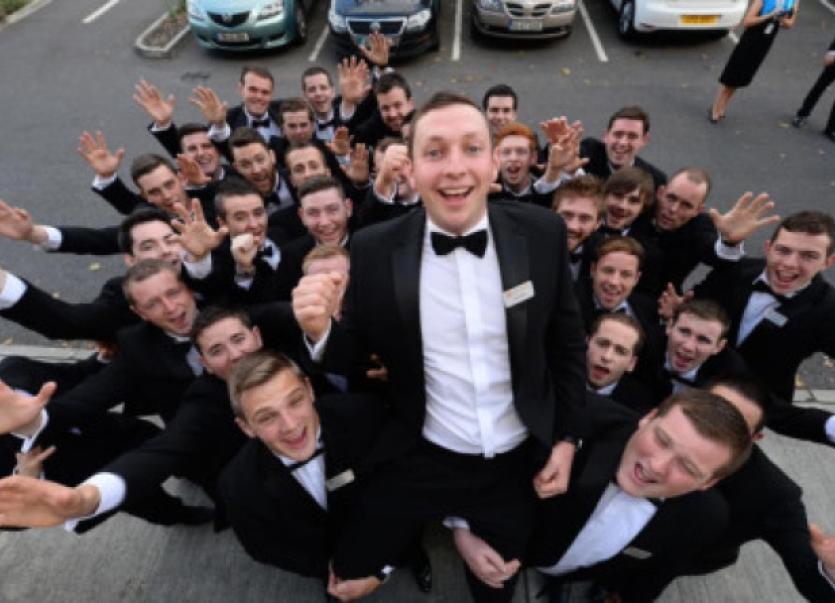 LIMERICK didn’t have a Rose in the Dome for the Rose of the Tralee, but second-time escort Conor Walsh from Cappamore has perfected the skills to be a good escort.

LIMERICK didn’t have a Rose in the Dome for the Rose of the Tralee, but second-time escort Conor Walsh from Cappamore has perfected the skills to be a good escort.

Announced as the Escort of the Year at the Rose of Tralee International Festival, he said to be a perfect escort you have to be a combination of things.

“I guess it goes back to the old chiches, like being a good listener, you have to carry the handbags, look after the girls, and put them at ease - that’s a big part of it as girls get nervous [going on stage] and miss their families. You have to be a good friend. A good line I heard was ‘Try to treat your Rose like you’d like someone to treat your sister’,” he said.

Conor, a farmer’s son from Cappamore, and escort to the North Carolina Rose, Nancy Boyce, was the embodiment of a good escort according to a vote taken by this year’s Roses and escorts.

For his efforts, the qualified aircraft maintenance technician won an overall prize worth €5,000, including a 44-piece silver-plated canteen engraved with his family crest, a gents collection of Newbridge jewellery with Rose of Tralee cufflinks, a bracelet, watch, leather belt and wallet and a cheque for €1000.

“I was lucky enough to escort Nancy, the North Carolina Rose who is an absolutely brilliant girl. Absolutely hysterical girl, we just laughed for the week. It was a great joy,” he said.

“It’s been a wonderful experience from the beginning. You just meet a great bunch of lads and the Roses are unbelievable and I’d encourage any lad to put his name forward to become an escort at the Rose of Tralee.”

He is also a safety officer in his local agricultural show and he gives of his time for charities around Limerick, and even walked across red hot coals as part of one fundraising campaign.

Two of his fellow escorts, Johnny McLoughlin and David Crean were shortlisted in the top three following the vote.

Nearly 200 men, aged between 21 and 30, applied to become Escorts at this year’s Rose of Tralee International Festival and following a detailed interview process, the final 32 were selected to take part in a boot camp weekend in west Kerry to help them prepare for a busy week in Tralee.

Applications are now being accepted to become Rose escorts in 2015. See www.roseoftralee.ie.