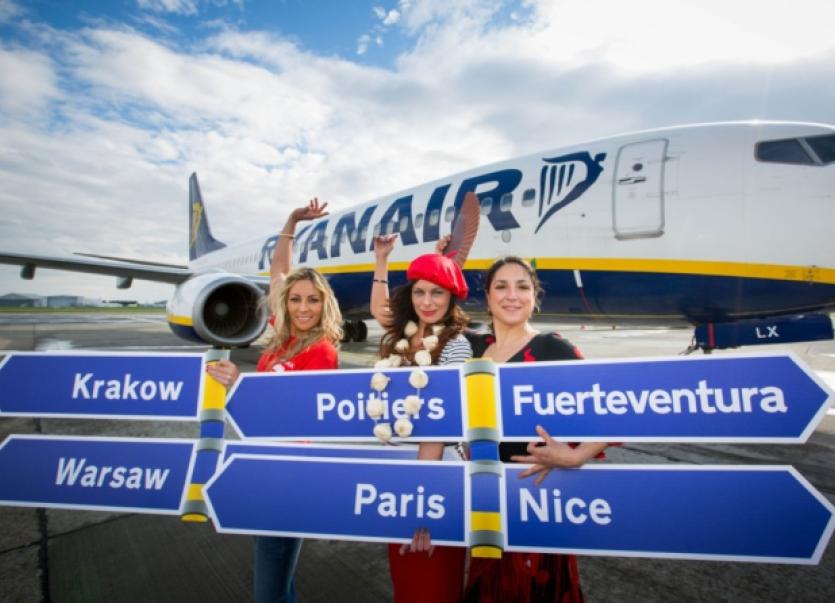 SHANNON Airport is celebrating its “biggest week in almost a decade” with an abundance of new routes added to Ryanair and Aer Lingus’ summer schedules.

SHANNON Airport is celebrating its “biggest week in almost a decade” with an abundance of new routes added to Ryanair and Aer Lingus’ summer schedules.

At a press briefing on Monday, Shannon chief executive Neil Pakey said he expected passenger growth at Shannon would grow by 10% to over 1.5 million this year on the strength of the new routes and the expansion of existing services.

Ryanair will fly passengers into nine new destinations this summer, some of which may be retained as year-round services. The new routes are Munich, Paris, Faro, Warsaw, Krakow, Nice, Poitiers, Berlin and Fuerteventura.

Aer Lingus, meanwhile, this Sunday commenced its new twice-weekly service to Malaga while on transatlantic, New York JFK has been restored as a year-round service and will operate six times a week. Aer Lingus Regional is also beginning a new service to Bristol in the UK.

“This week is a turning point for Shannon,” Mr Pakey commented.

“Not since 2005 has Shannon had a week like this in terms of new routes starting up and we see this as a real reward for the loyalty of our passengers across Ireland They now have excellent choice from Shannon with 37 attractive destinations in Europe, the UK and North America.”

Shannon Group chairman Rose Hynes said that having added to its transatlantic options during 2013, the strategy for this year was to grow traffic between Shannon and continental Europe.

“The next step for us was to grow our European route network and this week sees our efforts here bearing fruit,” she said.

“We listened to what our customers had to say and, with our airline partners, have delivered new services to nine great destinations. These new routes also connect us with destinations that have a strong inbound market and this presents a great opportunity for tourism here on the west coast.”