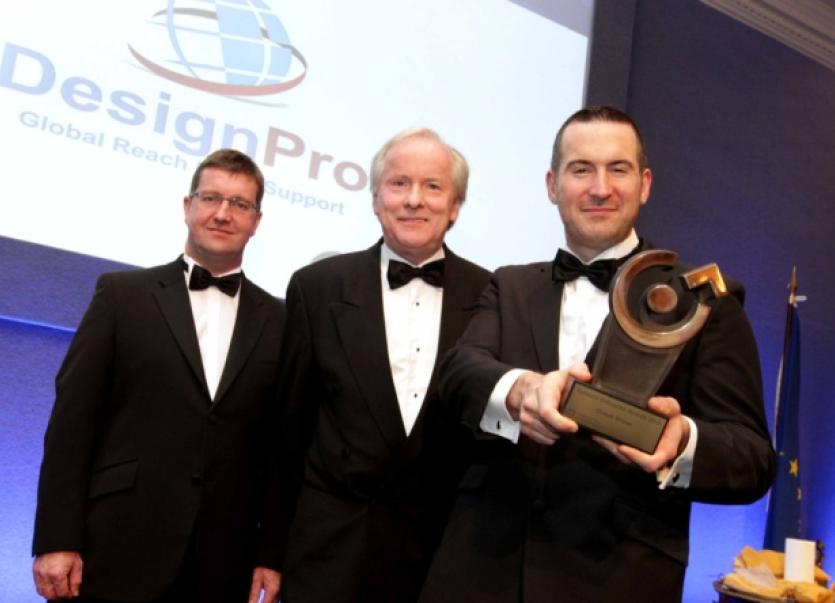 THERE was delight for Limerick engineer Paul Collins as his DesignPro company was announced as the overall winner in this year’s National Enterprise Awards at a ceremony in Dublin castle last week.

THERE was delight for Limerick engineer Paul Collins as his DesignPro company was announced as the overall winner in this year’s National Enterprise Awards at a ceremony in Dublin castle last week.

Set up by the mechanical engineer in a spare bedroom in 2004, the Limerick County Enterprise Board-supported business has doubled in size over the past two years to now employ 14 people.

It provides precision automation and machine build services and recently expanded to a second production facility in Co Limerick, adding Oral-B, Tyco Electronics and Boston Scientific to its list of clients.

Sligo IT graduate Mr Collins founded Design Pro after spending time working with Molex in Shannon and Kostal in Abbeyfeale where he gained experience in toolmaking and machine building.

Since 2004, Design Pro has become a leading provider of provision automation and machine build services, with 32 client companies in the medical devices, pharma, electronics and automotive sectors.

It has also carved out a niche in the area of robotics and have recently completed the design and build of a customised robotic machine worth €1.5m.

Mike Cantwell, the chief executive of the Limerick County Enterprise Board said that they have been “delighted” to work with the company.

“The business has proven to be one of the most innovative projects that the Board has worked with over the years and this led to Design Pro being selected to represent Limerick County Enterprise Board at the National Enterprise Awards final in Dublin Castle.