Race is on for Limerick’s fittest company 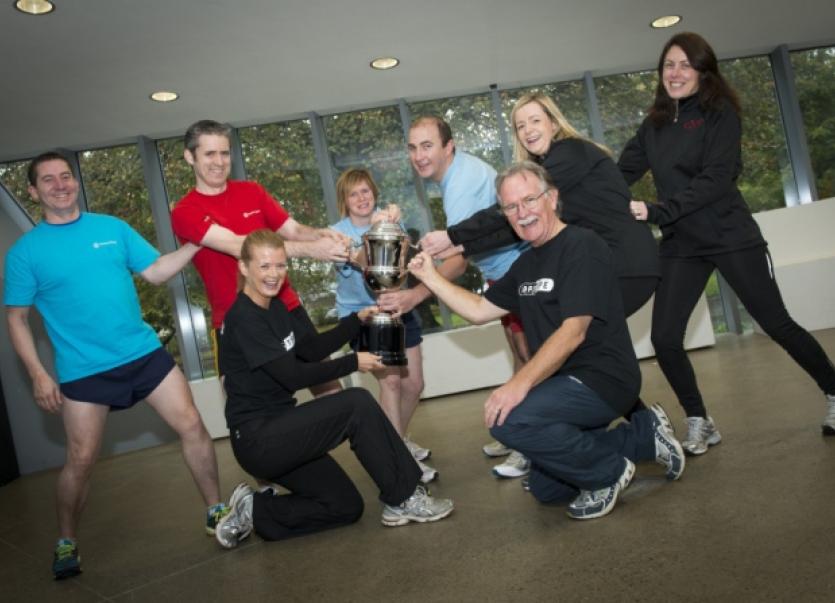 THE search for Limerick’s fittest company is on following a new addition to the Barrington’s Hospital Great Limerick Run next May.

THE search for Limerick’s fittest company is on following a new addition to the Barrington’s Hospital Great Limerick Run next May.

In addition to the six mile race, half marathon, marathon, and relay event, the organisers have added another competitive edge to their growing programme of events.

This novel initiative has been launched by Limerick Chamber, in partnership with Barrington’s Hospital Great Limerick Run.

For each employee who finishes a race on May 4 next, their company will earn points per mile finished. The company with the most points in their category will be declared the fittest company and carry the title for the year.

“One of the greatest assets any company has is its employees. We hope that this challenge will encourage companies to develop healthy lifestyle strategies for their employees which will in turn lead to a more productive and successful workforce. It also gives us a unique way to support the Great Limerick Run which brings substantial economic benefits to the Limerick region year on year,” said Ms Kelly.

Joe Leddin, Labour councillor and chairman of the run, said “this challenge brings another dimension to our event which is now becoming the largest participatory event in the country.”

The challenge is open to companies of all sizes. There are categories for micro, small, medium and large size companies, and participants of all levels of athletic abilities are encouraged to sign up. A number of companies have already got behind the challenge – including Dell, Cook Medical, Northern Trust and micro firm Copytype.

John Cleary, organiser of the run, said 800 people have already signed up for next year’s ahead, following their exposure of the event at the recent Dublin Marathon.

Over 11,200 people took part last year, and it’s hoped that target could be surpassed again.