Tourism Ireland boss looks to build on Shannon’s US growth 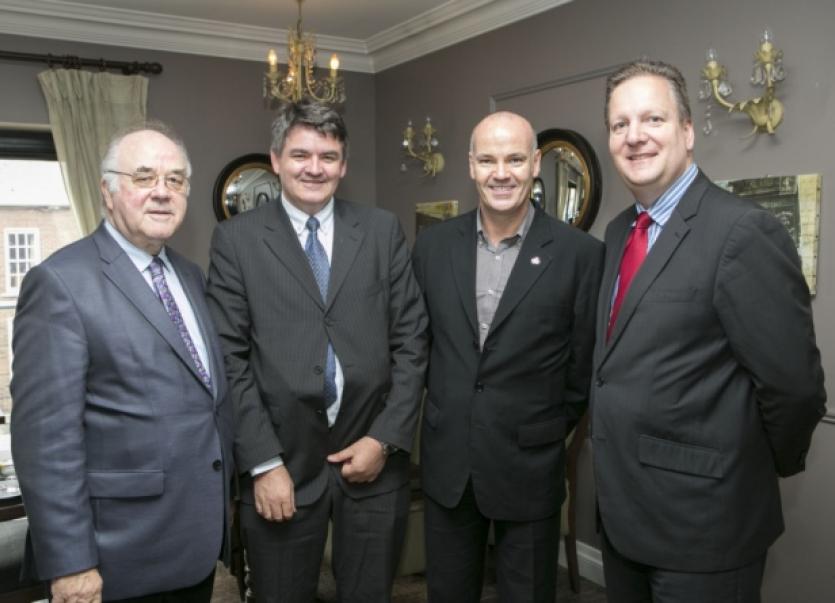 TOURISM Ireland boss Simon Gregory has said his agency is focused on making a success of Aer Lingus’ improved transatlantic links from Shannon next year and on convincing United and US Airways to extend their services to Chicago and Philadelphia.

TOURISM Ireland boss Simon Gregory has said his agency is focused on making a success of Aer Lingus’ improved transatlantic links from Shannon next year and on convincing United and US Airways to extend their services to Chicago and Philadelphia.

Speaking at the Number One Pery Square Hotel, where he met representatives from the tourism and hospitality sector in Limerick and the Mid-West, Mr Gregory said the new air services to North America had paid a dividend for the local trade.

“The talk in the room was that there has been 10-15% growth from some of the people who are really in the US markets but that has been offset by the domestic weakness, which continues,” said Mr Gregory, director of markets, Tourism Ireland.

“What we are saying is there is a really big opportunity for improved access from the USA (to Shannon) and Aer Lingus are going to run their (transatlantic) services through the winter from next year. So that is the big focus for us along with getting Philadelphia (US Airways) and Chicago (United) back next year and extending their seasons. They have come in for fairly short seasons from June to September and what we really want is to see that become Easter to October and ultimately aiming for year-round.”

“I was with United in Chicago a couple of months ago and they were very happy with the performance. The decision comes down to a combination of the commercial and the operational. They have hundreds of aircraft to juggle around the place and our job is to make these routes so successful that they don’t come into question when they are deciding what plane goes where and it should be a no-brainer for them. And that is what we are trying to do.”

Tourism Ireland had run advertising and media campaigns in the United States to promote Shannon’s new links and had arranged for influential travel writers to use the airport to tell their readers what the west of Ireland had to offer.

For all its activity, some of the regional stakeholders said that many US tour operators still seemed unaware that they could fly holidaymakers directly into Shannon.

And Mr Gregory said he would be taking these views on board as the agency sets about putting together a three-year corporate plan to 2016.

“That’s why we are here today. Unless industry buys into what we are doing, there is little point in us going off on our own direction,” said Mr Gregory.

He acknowledged that with the UK outbound tourism market currently at 1998 levels, Shannon needed better links to mainland Europe to capture a sector of the market that was growing.

Getting direct access to France and Germany in particular was “a priority” that Tourism Ireland would be working with the Shannon Airport Authority and airlines on.

One way of attracting British tourists in particular to Limerick next year would be an attractive programme for Limerick City of Culture 2014.

Tourism Ireland, Mr Gregory said, intended to play its part in promoting the year, although he said he was aware of frustrations in the region concerning resources and the lack of programme details to date.

“In Britain there is big potential for specific events and festivals and people will travel for something that is attractive,” he said.

“We hope it is a great programme of events and we are sure it will be. It gives people a multiplicity of reasons to be in Limerick.”