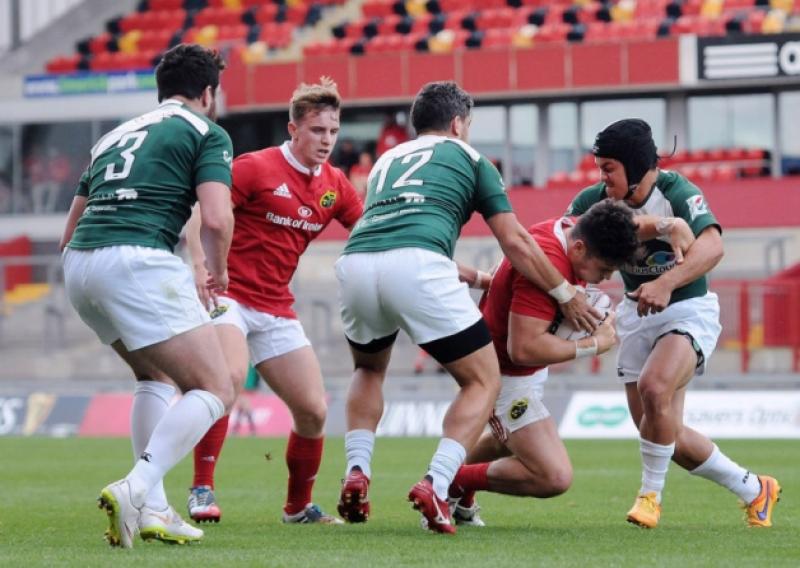 AN independent review of the operations of Limerick Marketing Company has been ordered by Limerick City and County Council.

AN independent review of the operations of Limerick Marketing Company has been ordered by Limerick City and County Council.

It comes as questions continue to pile up about its substantial support for the Limerick World Club Sevens event, which had a paltry attendance at Thomond Park recently.

The Leader has learned that the Limerick Marketing Company’s support for the event is closer to €200,000 than the figure of €150,000 first reported. A five-year agreement is in place, one which has been vigorously defended by the company.

A spokesperson for LMC defiantly stated last week that it “does expect the event to continue for the duration” of the contract.

This year’s event was a dismal failure. Considerably more tickets were sold in the first year, and although that event was also a box-office disappointment it did receive 10 hours of live television broadcasting on Setanta in Ireland, with highlights shown in Canada, New Zealand and Australia.

While television coverage was part of the original justification behind the council’s support for the event, there was no coverage this year.

A strategic think-in with regard to the future viability of Limerick Marketing Company took place at the Hunt Museum recently, attended by some major stakeholders from around the region. The Leader has learned that Genesis, a consulting company in Dublin that produced a review of the Saipan incident involving the FAI and Roy Keane, was brought in to oversee and administer the think-in and review the marketing company’s role, which is staffed by ex-Shannon Development employees Eoghan Prendergast and Aoife O’Shaughnessy.

This Wednesday, a statement from the council ignored a list of additional questions put to it by the Leader concerning its support for the Sevens event and instead focussed on the review.

“An independent review commissioned by Limerick City and County Council of the last two years is being undertaken at present. Elected members will be informed of the findings of this review at the earliest opportunity,” it said.

Mr Prendergast, head of the company – an offshoot of the council – will be asked to explain the impact of the event to councillors once the review is completed. A tournament organiser who works for private company Limerick World Club Sevens Ltd, which ran the event, stated that it cost in the region of “€300,000 to €400,000” to stage.

It is understood that fewer than 300 people attended the event on Friday and that a total of 1,000 tickets were sold over the two days.

Labour councillor Joe Leddin, a LMC board member who said he was not privy to the contractual arrangement in place for the tournament, said the numbers attending were “extremely disappointing – relative to the amount of public money that has been invested.

“It is a significant amount. When you are talking about this kind of money, there has to be proper accountability. I am not saying that there isn’t – but because of the level of monies that are there, relative to the economic impact on the city, I just don’t think it is there,” he added.

“I expect them to produce a detailed post-event report that would do an in-depth analysis of the event and present that to the board of the company. I will be expecting and I will be asking at the next meeting for a copy and a presentation to be done.”

Mayor of the metropolitan district, Cllr Jerry O’Dea, said: “Like any project, you have to question and do a cost benefit analysis. Last year it got off to a reasonable start, but I think this year there is no doubt that the attendance was a bit disappointing - and a big part of the problem seems to be where it lies in the calendar. In terms of the marketing spend, relative to other things, there is no doubt that the return isn’t what we would like.

“I will be asking the marketing company to come to a council meeting in the near future, maybe to elaborate on their plans going forward and how we can join up thinking.”