Corbett family ‘won’t rest’ until there is a conviction 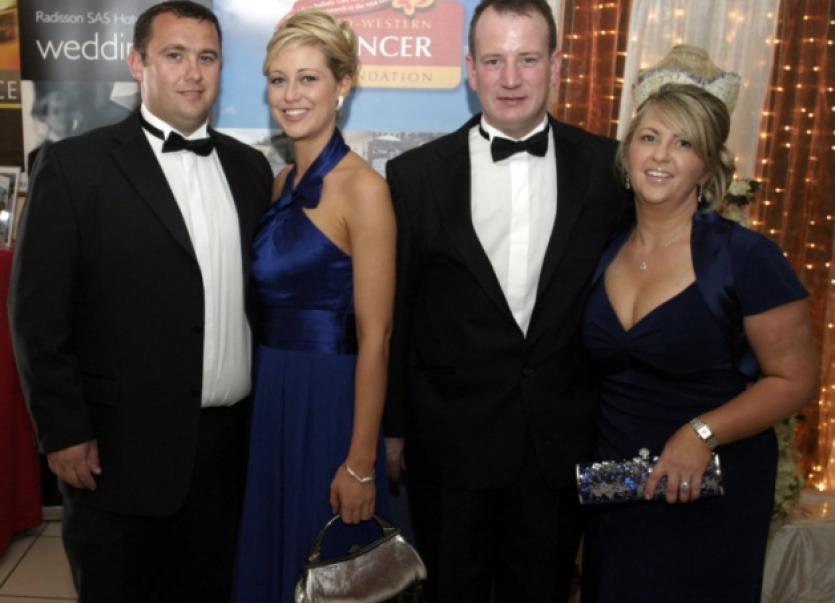 THE FAMILY of the late Jason Corbett – who was killed in the US over a month ago – have vowed “we will not rest until those who murdered our brother are convicted”.

THE FAMILY of the late Jason Corbett – who was killed in the US over a month ago – have vowed “we will not rest until those who murdered our brother are convicted”.

Jason Corbett, 39, a father of two from Janesboro, was killed on August 2 in his home in North Carolina in the US during a ‘domestic disturbance’ after being hit with a baseball bat.

While no charges have been brought to date, the two ‘persons of interest’ in the case are his second wife, Molly Martens Corbett, and her father Thomas, 65, a former FBI agent.

The US sheriff investigating the death said he is close to passing the case on to the local district attorney to decide whether criminal charges should be brought.

Sheriff David Grice, of Davidson County, told The Irish Times the investigation was “in good shape”.

He said police were awaiting background information ahead of re-interviewing a number of people, before sending the case to the district attorney, Gary Frank, who will consider criminal charges.

He said they have at least three people actively working on the case every day.

The sheriff said the investigation would not be influenced by the personal involvement of a law-enforcement agent.

“I want to reassure people in Ireland the victim’s interest is very much the main focus,” he said. “If there is something that rises to the level of a crime, we are certainly going to be diligent and vigorously prosecute.”

The deceased was laid to rest on Wednesday last, some 24 days after his killing, and after an intense legal battle over the course of two weeks to bring his children, Jack, 10, and Sarah, 9, home to Limerick.

The case was won by Tracey Lynch, Jason’s sister, and her husband David, as they were appointed guardians in Jason’s wife, following the tragic death of his first wife Mags in 2006. She passed away following an asthma attack some 12 weeks after the birth of her daughter.

However, Ms Martens, who has been in the children’s lives for the past eight years, initially as their nanny, is still fighting to over-rule that decision, and a war of words has erupted between representatives of both families.

Jason’s family have now rejected claims that he was about to seek joint Irish-US citizenship for his children, describing statements by his American widow and in-laws as “deluded”.

Ms Martens’s uncle Mike Earnest, a special agent fraud investigator with the Federal Law Enforcement agency, claimed Jason had said he intended to “get joint citizenship for himself and the children” which would have allowed Molly to adopt them.

“Jason said this was his intention, and the extended family in the US believe this to be true.” Mr Earnest claimed his niece Ms Martens will do everything she can to gain custody of the children. “Molly is very, very distraught about what has happened, but she has not lost any faith that her children will one day be returned to her,” he said.

Reacting to the interview, John Corbett – an older brother of Jason, insisted this was not the case and said his brother never “entertained the idea of making his children dual American-Irish citizens”.

He said his brother had confided in a close friend that he wished for the children to grow up in Ireland.

“Jason, Jack and Sarah’s legal residence status or green card application was deliberately done through Jason’s job by Jason, and it was specifically to protect the children,” he said.

“Myself and my family have tried to handle this traumatic story in a dignified way, but we feel we need to respond.”

Ms Martens has been posting continuous updates on Facebook since the children arrived back in Limerick in an attempt to get in touch with them, and says she misses them “every second of every minute of every hour of every day.”

However, Mr Corbett said that “if Molly Martens had any real maternal feelings or love for those children, or any sensitivity, she would not be seeking to traumatise them further.”

Ms Martens has also made her phone number and email address public online in an attempt to talk to the children, whom she has not heard from in nearly two weeks.”

None of her posts online relate to her late husband, nor are there any pictures of him.

This week she wrote online: “It is impossible to not think of you, my children, every moment. I hope, and pray, and wish with all that I have that you are relying on the strength and courage I brought you up to have.

“It is so hard to think that people who love you might be telling you I am not your mother; people who referred to me as your mother for years and years. In such a time of loss, you need more than ever to know your mommy’s love for you is unconditional and everlasting.”

In the midst of their grief, the Corbett family is also seeking to pay the exorbitant legal costs they incurred in seeking to bring his two children home from America.

Those debts have amounted to over €130,000, in addition to other costs. In the region of €30,000 has been raised to date, and some of this has been handed over to the family for their accommodation and travel costs in the States.

“Debts exceeding anything you could imagine are mounting and your fundraising efforts are vital in order to reduce the pressure building on this grieving family,” urged one of the organisers of the appeal fund.

“If you can help in any way, by holding a fundraising event in your work, school or community or if you own a business and would like to donate services or spot prizes please contact us and let us know so we can help,” they continued. Those who wish to help can email jasonsjourneyhome@gmail.com.

Further fundraisers are planned in the coming month to help the family, as the children returned to school this week and are according to their uncle John settling in well in Limerick.

A benefit dance will be held in Clancy’s bar in Pallaskenry, where Jason’s first wife Margaret was from, this Saturday, September 5 from 9pm.

A tea and cake bake sale in Janesboro last weekend raised some €2,400.

A golf classic will also be held in Ballyneety golf club on Friday, October 9. It costs €200 for a team of four to enter, including dinner.Susan’s hair salon on Cecil Street in the city is also donating €2 from each hairstyle they do this September towards the family.

Supporters of the family are also urging the public to put pressure on the Minister for Justice, Frances Fitzgerald, as well as the District Attorney and the Attorney General in the US, and the sheriff, to “let them know we will not rest until we have justice for Jason”.

For more details on how to help the family see their Facebook page, under Bring Jack and Sarah home.