Debate to consider future of mayoral title in Limerick 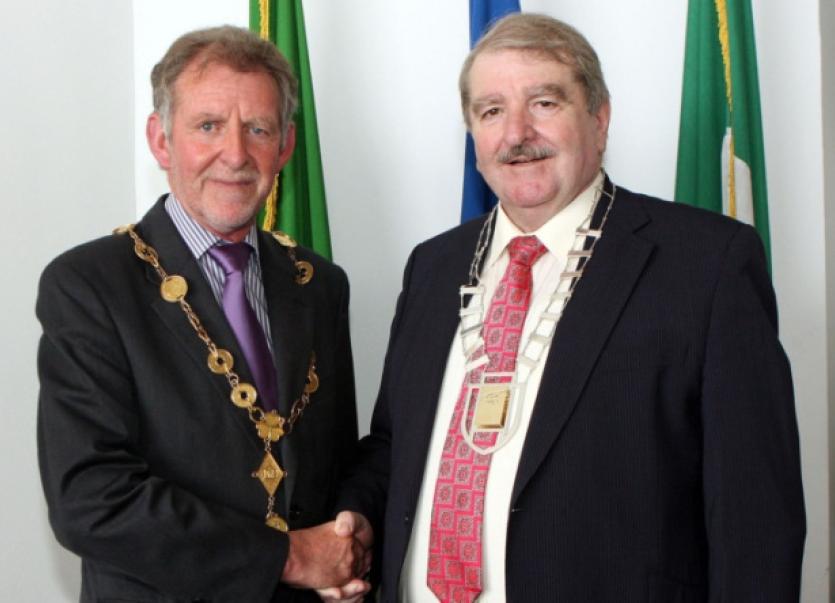 LIMERICK could end up with two mayors under proposals to be brought before councillors this afternoon.

LIMERICK could end up with two mayors under proposals to be brought before councillors this afternoon.

If passed, the move would see Limerick have two mayors - one for the metropolitan area, and one for the county overall.

The change could also see the title of Cathaoirleach, which has existed since 1899, disappear.

Meetings administrator Eugene Griffin said the item is not a motion, it is on the agenda for debate.

“It is a title that can be changed under the legislation,” he said.

While the title of mayor in the city would remain in place, Mr Griffin confirmed, it is not yet known whether it would be the county-wide mayor considered as the historic 819th first citizen.

“We have not even thought along those lines. I could not even answer that. It is the six-million dollar question really. It would depend on what way the whole thing would work in the future. The metropolitan district would still continue the title of mayor, whichever format it is in,” he said.

Fine Gael, the second largest party on council have discussed the matter as a group, and have decided if any change is made, it should be when both the mayor and cathaoirleach’s terms are up in June.

“There probably will be some name change, be it chairman, mayor or leader,” a party source said.

Fianna Fail’s council leader Michael Collins said as a group they will be supporting the motion.

“There is a confusion there, which exists, and it needs to be decided upon,” he said.

The Cathaoirleach said: “I have made a very conscious decision that I am not getting involved. This is coming from others. I will serve in whatever capacity, under whatever title the council decides. The only comment I have made about it all is that I am not interested in taking anything from anybody else.”

He suggested a ‘compromise’ title of council leader.