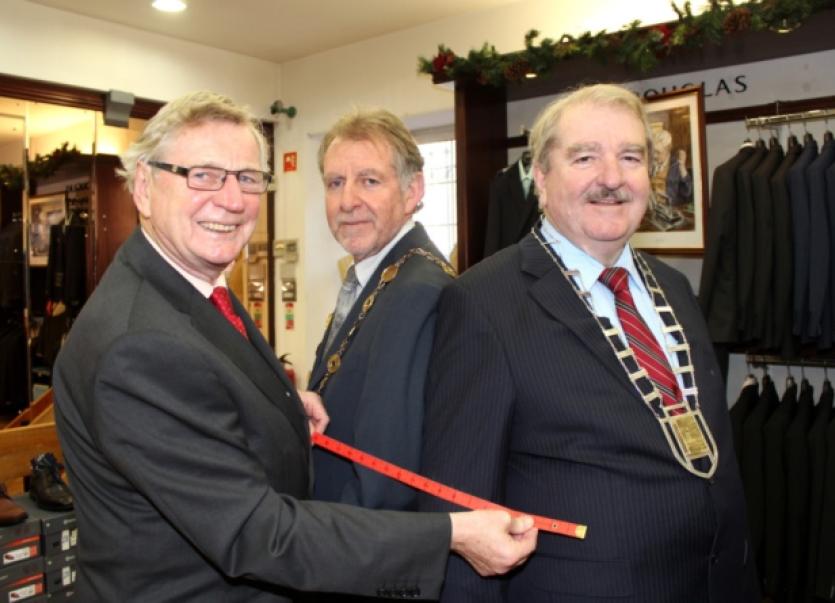 Limerick now has two mayors as councillors voted to do away with the title of Cathaoirleach, and create an office of City and County Mayor for Kevin Sheahan. Michael Sheahan is the mayor of the metropolitan area, which covers the city only.

It came after Mr Murray conceded there was confusion over the use of this title when addressing visitors from abroad.

But Cllr Michael Sheahan says: “People are now more confused than ever before”.

“The idea of two mayors is one thing, but two mayors with the same surname is a double problem. In his wisdom or otherwise, the manager has now created utter confusion,” he said.

The Fine Gael councillor says this Wednesday, he has been fielding calls meant for his namesake.

However, county Mayor Kevin Sheahan said as far as he is concerned, there is no change.

“I am busy and enjoying it,” he said, “I don’t care whether people call me cathaoirleach or mayor. But there is a solemn belief among the vast majority of the council this will be better for Limerick. If it is better for Limerick, then this is my agenda. If he is confused, I am sorry.”

At Monday’s council meeting, Fine Gael wanted to keep the title cathaoirleach for the time being, and hold a public consultation on the matter.

But they were defeated after all the other parties - minus the Anti-Austerity Alliance who abstained - voted through an immediate change.

At the meeting, Fianna Fail councillor Michael Collins said: “It has caused confusion from the outset. To avoid this confusion, now is the time to make a change”.

But Fine Gael council leader John Sheahan said “it would not be wise to take the jump today”. “We had the Cathaoirleach of the county since 1899, and the Mayor for the last 800 years. I’d want to tease it out and ask members of this council to discuss it in detail before we make any decision,” he said.

Cllr Jerome Scanlan said a ‘Mayor and Leader’ model could be the path to go down, and he hit out at the notion the city should always come first.

“People in the county feel like they are on hind tit,” he commented.

But Independent councillor Emmet O’Brien warned: “If we were in Germany, the leader would be known as führer”.

Cllr Michael Sheahan could even face being stripped of the title of metropolitan mayor, after some councillors suggested only one mayor is feasible for the city and county. It will be the role of metropolitan councillors to decide whether or not to downgrade Mayor Sheahan’s role to a chairman in line with councillors in the other three municipal districts.