Limerick and Ardmore team up on €10m studio space plan 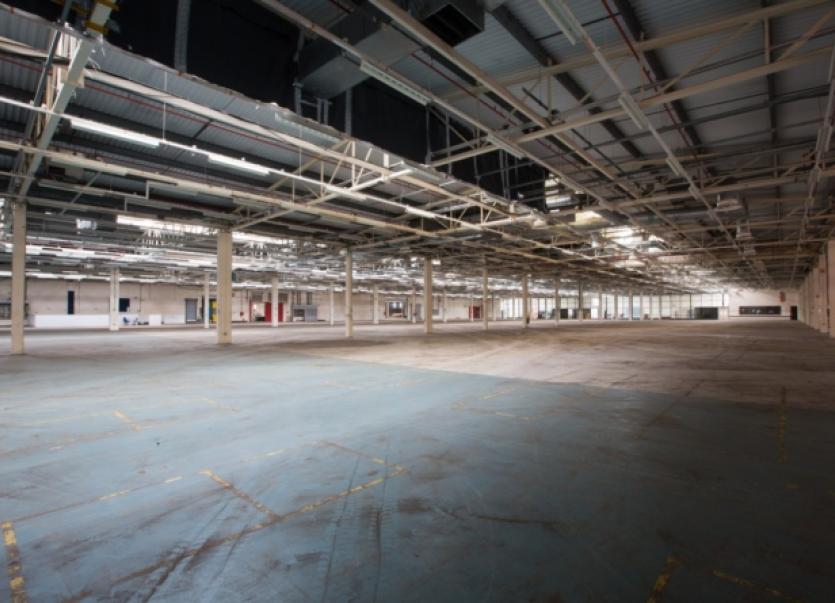 LIMERICK’s local authority has teamed up with Ardmore Studios to pitch for Government funds to build a major film production studio that could attract huge investment and jobs to the region.

LIMERICK’s local authority has teamed up with Ardmore Studios to pitch for Government funds to build a major film production studio that could attract huge investment and jobs to the region.

Limerick City and County Council has announced plans to work with the Wicklow studio, currently home to the big budget production Penny Dreadful.

The Government - through the Irish Film Board and the Department of Arts, Heritage and the Gaeltacht - recently issued a call for expressions of interest for the provision of ‘dedicated audio visual content studio facilities, including sound stages and related structures’.

It is believed to have put up to €20m aside to provide this much needed studio space, and Limerick has thrown its hat in the ring to provide such a  studio.

Limerick chief executive Conn Murray told the Limerick Leader this week that the opportunity to build such a facility - likely in the huge warehouse space known now as the Culture Factory - was “something worth chasing”.

Limerick’s pitch is for funds between €7-10 million to build a large scale studio space and support buildings, which could result in major sustainable employment for Limerick.

“There was a call for expressions of interest, we felt that this was worth pursuing,” explained Mr Murray. “Discussion commenced - almost by accident with the people in Ardmore - but it developed very fast once they came down to have a chat and a visit and a review of what we are at, how serious we were about pursuing this opportunity.

Ardmore CEO Siún Ní Raghallaigh said Ardmore was turning away big budget productions and that an additional 100,000 sq ft at least was “urgently required” and that the lack of suitable studio space was an “issue of great concern for the industry”.

“There is growing international interest in Ireland as a production location thanks to the positive tax incentives under Section 481. However, the missing piece of the jigsaw is the availability of appropriate full service studio space in the country,” she said.

“This is something that Limerick could potentially capitalise on. We ourselves have had to turn away business in the past year because we simply do not have the required capacity. Studios are the essential enablers for the industry to scale. The potential for our industry to scale up and create thousands of quality jobs is at our fingertips provided we look at the bigger picture and create the right infrastructure to grow the industry.

“We are happy to help where we can though providing our advice and support,” she added.

The local authority will work in partnership with Ardmore to “lay the foundations” for the provision of a major film production facilities hub in Limerick.

The studio has been to Limerick on a visit to inspect potential sites, including the Culture Factory - the old Dell building in Castletroy - which runs to some 365,000 sq feet in total and was home to several City of Culture productions this year.

The huge site that was once home to Wang and Dell, is owned by PJ Noonan and was leased by the council for the year of culture. It has an option to renew that in the new year if a suitable project is identified. Television productions have been filmed there over the years, while The Cranberries, Giveamanakick, Fox Jaw and The Rubberbandits have all used it on previous occasions.

The LEDP building in Roxboro was also looked at, plus a number of other sites. The omens are good.

“Ardmore, as you can appreciate, would not lend their name easily or lightly to something like this unless they too were quite serious about what the offering is in terms of Limerick,” said Mr Murray.

“The last 12 months - or two years at this stage - has given a little bit of credibility in terms of what can be done down here,” he added, a reference to City of Culture and the belief that the studio project would be a “logical legacy” to the year.

“The spaces which are available are quite exciting in the context of type of facilities that are used for studio and film production.

“There are tax incentives, and then there is a world class international company who are prepared to actually go in partnership with us on that.

“We have set out what we could do and we have been very fortunate that the expertise of Ardmore has been made available to us to put that case together, because it is not our area of expertise. So that’s what gives it a little bit of credibility.”