Limerick and Mid-West ‘fighting back’: Kenny 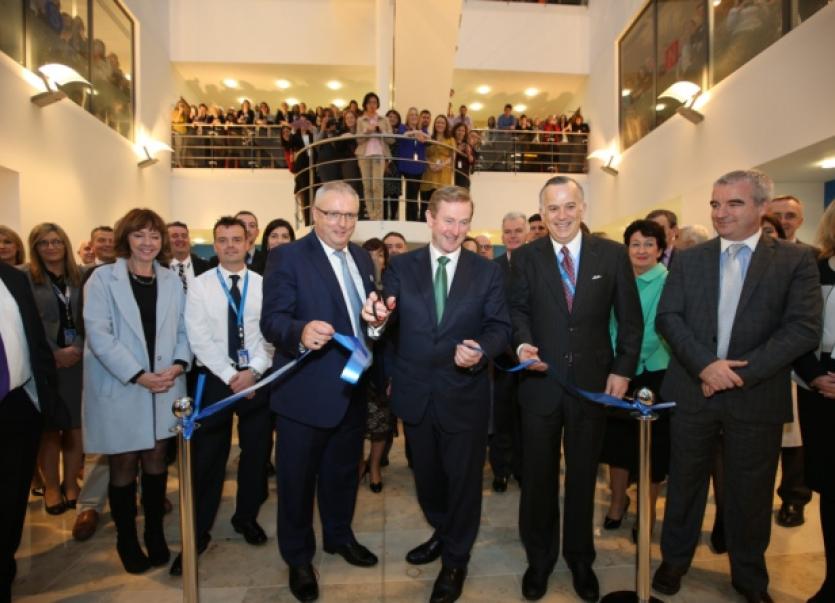 LIMERICK and the Mid-West are “fighting back”, Taoiseach Enda Kenny has said during a tour of the region on Monday that saw him open a €15 million business centre at Genworth in Shannon and get a feel for the long-term benefits of Limerick City of Culture.

LIMERICK and the Mid-West are “fighting back”, Taoiseach Enda Kenny has said during a tour of the region on Monday that saw him open a €15 million business centre at Genworth in Shannon and get a feel for the long-term benefits of Limerick City of Culture.

Mr Kenny said he was especially pleased with how separating Shannon Airport from the DAA has been working to date.

“The government decision in respect of the Shannon Group means that this region is fighting back. Take Shannon itself and its potential for the development of freight,” he said.

Completion of the Gort-Tuam motorway was a boost to the airport and to investment in the region. Established companies were in expansion mode while new players such as Regeneron in Raheen would have “a huge impact”, Mr Kenny told the Leader.

“I took the opportunity today also to talk to the board of City of Culture in Limerick. I find it fascinating that for an outlay of €6 million from government, you get back 50-plus in terms of reputation and of expressions of creativity from young people in Limerick.”

Mr Kenny also had an upbeat message for the members of Shannon Chamber of Commerce, who he had earlier addressed during the President’s Lunch at Dromoland Castle.

“Getting the country working again is the government’s number one priority,” he said.

“Seventy thousand jobs have been created since we launched the Action Plan for Jobs. We are on course to exceed our initial target of 100,000 new jobs by the end of next year. Another jobs announcement today in Ennis (TTM Healthcare) shows that new jobs are being created across the country and not just in Dublin. The recent budget was designed to secure recovery further - promoting new jobs and investment in the regions, working across the economy and across the country with businesses like those represented here today. I am confident that the growing recovery of Ireland’s economy will have a positive impact on the Shannon region.”

Chamber president Kevin Thompstone, meanwhile, welcomed the government’s support for Shannon, particularly through airports policy and its decision to give the airport autonomy.

Mr Thompstone said that the risk of doing so is paying off with the evidential addition of new air services and increasing passenger numbers.

“This clearly shows that Shannon’s proud tradition of innovation and achievement in business circles continues to attract positive global attention,” he added.

Meanwhile, an investment of €15 million in its new Shannon base anchors Genworth Financial firmly in the Mid-West for the foreseeable future.

Genworth has maintained a presence in Shannon since 1997 and has moved from its old base in the Free Zone to more modern accommodation in Westpark.

No new jobs have been created but sources stressed the new building could facilitate future expansion. Genworth already employs a staff of 400 in Shannon in what is its biggest operation outside of the United States.

“This investment by Genworth in their business, in their staff and in Shannon is a great signal of their commitment to Ireland,” said Mr Kenny.

“It is a brilliant company in a wonderful building with a young, enthusiastic and exuberant workforce and they are going to increase their workforce in time I have no doubt.”