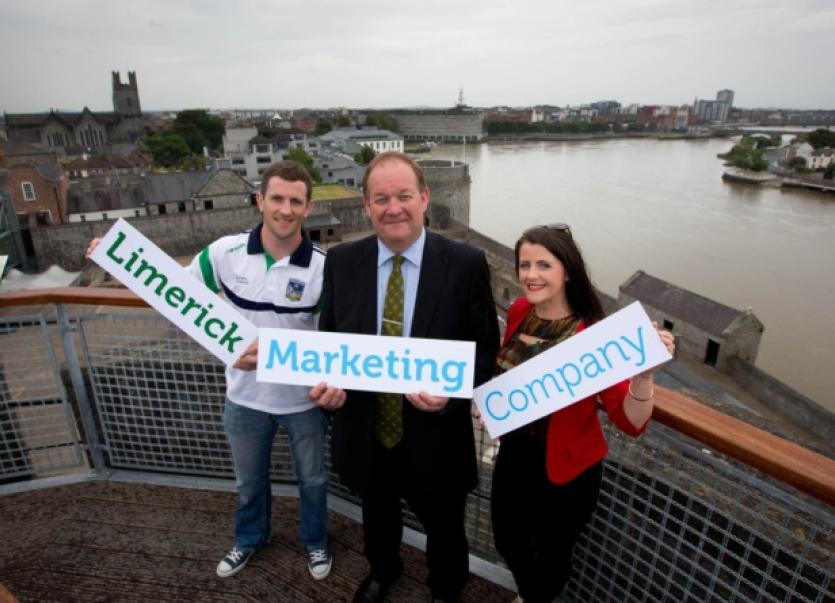 AMBITIOUS proposals announced yesterday could potentially see more than three quarters of a million tourists visit the city by 2018.

AMBITIOUS proposals announced yesterday could potentially see more than three quarters of a million tourists visit the city by 2018.

More than 50 local business and tourism representatives were at the Clarion Hotel to see the launch of the Limerick Marketing Company, which has been charged with developing and promoting the city and county.

Some €350,000 has been set aside for the project, one of the key parts of Limerick’s Economic Plan, which will see the centre transformed.

Based in a prominent city centre location - yet to be confirmed - the company will be led by former Shannon Development executive Eoghan Prendergast.

“I think this is an ambitious target, but I wouldn’t put it in there if it was not doable. We need to give it time: I know it sounds like a paradox, but if you do things with time in mind, they can happen faster,” he explained.

Mr Prendergast said he wants people to automatically think: I am going to Limerick - there is something going on there.

To this end, the group is to be linked with Failte Ireland, in order to ensure a “360-degree approach to marketing”, he added.

It will also enter negotiations with internet search engine Google to ensure information about local events are given top priority in search results.

And Limerick’s main web site - www.limerick.ie - is to be given an autumn makeover to provide more tailored information to tourists.

Mr Prendergast said there is a need to change “the look and feel of the city”.

Plans are in place to erect signage on the approaches to the city with information about some of the many events taking place.

“We are good at putting flags up, but we might look at new approaches to the messaging and branding we are giving to the city,” he added.

City and County manager Conn Murray said the establishing of the marketing firm is a “stepping stone to generating a more visibly vibrant Limerick”.

“The Limerick Marketing Company will be all about getting more people into Limerick. That ranges from more potential investors, more tourists, more students, and more people to work, holiday, live and study here,” he said.

Mr Prendergast added: “Limerick has missed out on investment opportunities that other locations in the country have benefitted from. From here on, however, we will have one voice marketing, packaging and selling the Limerick message smarter than ever before to make sure Limerick will be to the fore when those investment decisions are being made.”

The marketing company will be at a number of international events across Europe in the next few months promoting Limerick.

It is hoped Limerick can replicate the success of Manchester, which saw its employment rate grow by 15% with a similar set-up to this in the 1990s.