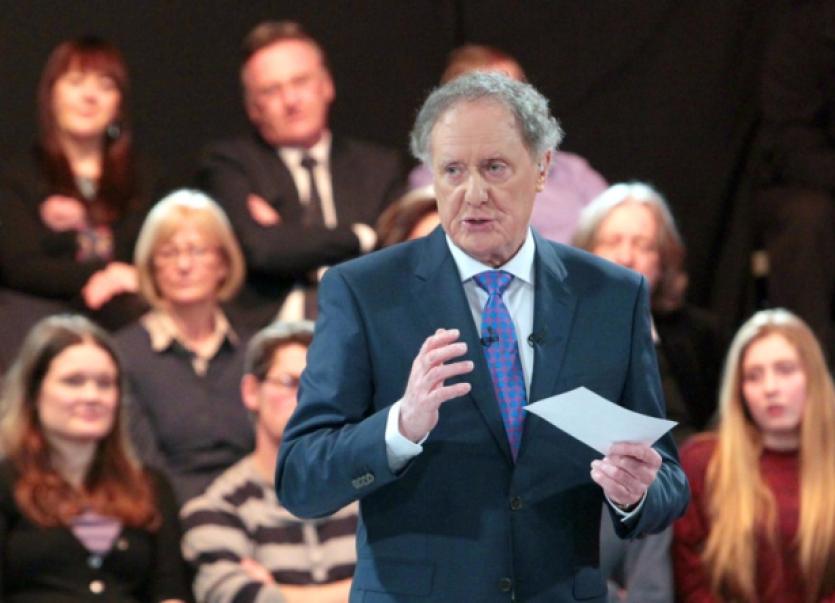 ALMOST five decades after his first forays into journalism, Vincent Browne still adheres to the principle that the job of the journalist is to hold power to account. Not everyone always agrees with the way he does it, but the People’s Debate, in which his TV3 programme organises live discussions in every Dail constituency in the country, is a good vehicle for him.

ALMOST five decades after his first forays into journalism, Vincent Browne still adheres to the principle that the job of the journalist is to hold power to account. Not everyone always agrees with the way he does it, but the People’s Debate, in which his TV3 programme organises live discussions in every Dail constituency in the country, is a good vehicle for him.

“It gives people an opportunity to express their views in a national forum and to hold their TDs to account in their own constituencies. We try to ensure as many people as possible get to speak.”

TDs, are not held to account nearly enough, he says: “Hardly at all. It is interesting to look back and see what were the promises on which people were elected, what were they going to do. That is worth doing and to ask, why didn’t you keep your promises?”

He has done 11 of the People’s Debates by now, and Limerick County constituency, which takes place this Monday in Rathkeale House Hotel, is next. The same issues tend to come up in all the constituencies, he adds: “It would be surprising if they didn’t.”

And politicians do try to fudge the debate. “But then it becomes apparent to the live audience that they are fudging and that sometimes encourages them to fudge a little less,” he says.

“Fine Gael boycotted the early debates but they are now participating and the debates are better as a consequence.

“Fine Gael had apprehensions about whether the audience would be packed against them. We were able to give assurances that the broadcasted version of the debate would be fair.” (The debate is conducted with a live audience but is broadcast a couple of days later.)

“We don’t try and fix the audience, as happens a lot in RTE. We leave it open to all comers. That is democratic. We ensure in the debate we don’t allow any faction to hog the debate.”

Labour politicians too are now taking part and Fianna Fail, he says, “are getting a good hearing.”

And he sees his own role as facilitating as many as possible members of the public to speak. “When people ask questions in the course of the debate, if I feel they haven’t been adequately answered I push that. When TDs or candidates make contributes and questions arise from that, I would ask questions but the point of the exercise is to get as many people contributing.”

The calibre of the contributions, he believes, is very high. And he has high praise too for TV3 for taking on the debates.

“It has never been done before in radio or television. It is quite an undertaking for TV3. They are doing this and RTE – which gets almost €200m in subsidy – they are not doing it. Though I expect they will do a spoiler.”

And he believes that this “huge subsidy” (the money from licence fees) has a distorting effect on RTE which is “supposed to be a public service but often a public disservice”.

“The media generally doesn’t deal with issues at all,” he goes on. “It deals with personalities and a lot of speculation about how many seats, who will win but not how the policies of a government have affected the lives of people, or how policies will impact on the lives of people”

But then, he adds, the media has always been like that. Journalism, he continues, has “changed quite a bit.” The internet has generated a huge volume of information, which is there “to be mined by journalists”. Unfortunately, he argues: “The 24-hour news cycles has meant it is instantaneous rather than analytical stuff. It is a great pity because there is so much information.”

Beginning in the late 1960s, Vincent Browne’s media career has taken many twists and turns and he has often proved to be a controversial figure, never shy to voice his own, often strong opinions.

In many ways, he would make his own perfect panel guest: forceful, stubborn, provocative. thoughtful, caring deeply about certain issues.

Take the issue of inequality. “We are a very rich country. If you were to spread the total income across all 1.2m households, each household would have over €100,000. And if people paid 30% tax, that would be €70,000. Everybody could live happily and well on that. That isn’t the way it is. So many people live on incomes that are a fraction of that while others are on high multiples of it.

“People keep on saying we can’t afford universal health care. Of course, we can. We are all paying for it, either through taxes or private health insurance or doctors fees.”

But he insists: “We could pay for it much more efficiently. My main focus would be to show the iniquity of inequality, which spills over every area of life, health, education, respect, power and influence. Some people are belittled by people in our society who are given vast power, income and influence.”

And, asked about his most recent on-air row, during which Siptu president, Jack O’Connor walked off the panel during a debate about the Dunnes Stores strike, he says, yes, he does believe in the concept of union recognition. “I believe that unions should be recognised. The protection for workers has been weakened enormously with the result you have 12-hour and 15-hour and zero-hour contracts and pathetic pay. If unions were stronger that wouldn’t happen.”

He will be voting Yes in the referendums next month but he has reservations about 1916 and the upcoming centenary celebrations.

“There is something dangerous about an elite saying how the rest of us should live, killing people on the basis of that,” he says, before adding: “I have difficulty about a lot of things nowadays.”

Members of the public who want to take part in the People’s Debate are asked to come early to Rathkeale House Hotel, and to be in place by 7pm at the latest.