University of Limerick staff to look at zero hour contracts 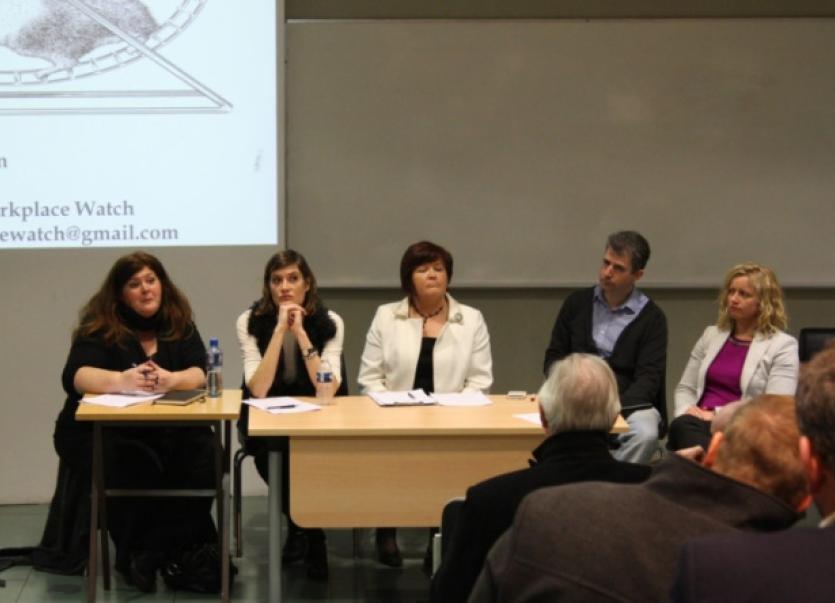 TWO academics at the University of Limerick have been appointed by government to carry out a study on zero hours contracts.

TWO academics at the University of Limerick have been appointed by government to carry out a study on zero hours contracts.

Dr Michelle O’Sullivan and Prof Patrick Gunnigle of the Department of Personnel and Employment Relations at the Kemmy Business School have been asked by Business and Employment Minister Ged Nash to look at the prevalence and impact of the controversial contracts, which mean many thousands of people have no guaranteed income week-to-week.

These types of contracts are often found in sectors like retail, hospitality, health and education.

The move comes weeks after the issue was raised at a conference at the university.

Dr O’Sullivan and Prof Gunnigle are being asked to report back to the minister within six months with recommendations of policy change.

Labour minister Mr Nash said: “The recovery that the country is beginning to enjoy must also be felt by our citizens and as we focus our minds on returning the country to full employment by 2018, it is my role to ensure that the jobs we are helping to create are decent jobs with decent pay.”

He promised if the two academics’ study finds zero and low hour work contracts has a “serious and detrimental impact” on our citizens, government will act.

The awarding of the contract to carry out the study into zero and low hour contracts follows a competitive tender.

It is expected that the views of stakeholders, such as employers, workers, employer representative bodies, trade unions and government departments will contribute to the study.

UL academic Micheal O’Flynn, who organised the conference which looked at the prevalence of low-hour contracts on campus in Castletroy, welcomed the appointment of Dr O’Sullivan, describing her as “top notch”.

“It is a welcome development. We don’t know enough about the prevalence or long term consequences of these zero hours employment contracts. It needs to include an examination of institutions of higher education also,” he told the Limerick Chronicle.

Mr O’Flynn also said he hopes Mr Nash will stick to his commitment to act on the findings of the report.

“People deserve dignity and respect in work. They need to be less accepting of being at the whim of the employer, whether you will have an income this week or not.

“They need to decide being on zero hours contracts, and being ‘on call’ is just not acceptable,” he said.

Companies across Ireland which have admitted using zero hours contracts include McDonald’s and Domino’s Pizza.