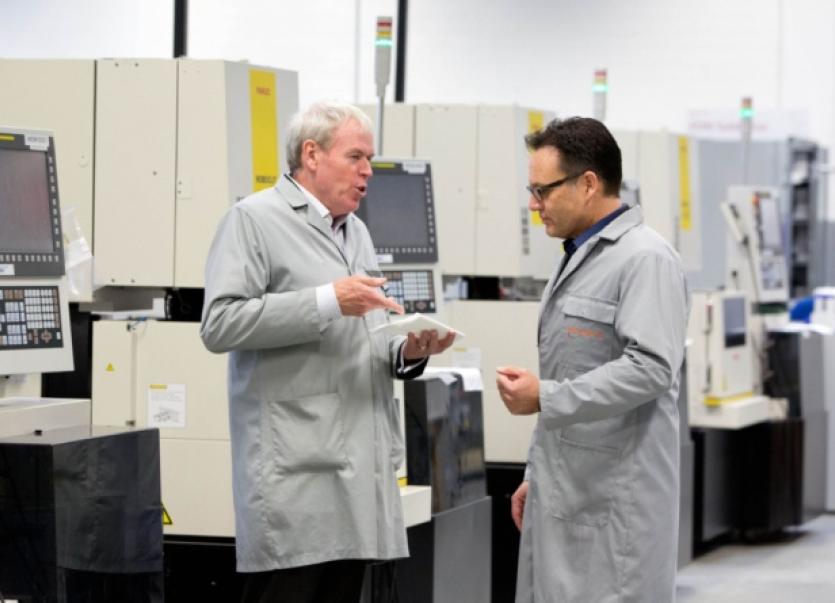 SYNTHETIC diamond supermaterials company Element Six has announced a big expansion at its Shannon base, which will lead to the creation of 40 new jobs.

SYNTHETIC diamond supermaterials company Element Six has announced a big expansion at its Shannon base, which will lead to the creation of 40 new jobs.

Walter Huehn, CEO of the company, a member of the De Beers Group, said they will initially create 40 new jobs at the plant, part of a wider programme to enhance the Element Six “production footprint globally” to better serve customers and maintain its market position.

This will involve a €25m capital investment and a relocation of an additional €20m of assets over two years at the Shannon site.

Once completed in 2015 the upgraded facility will offer an enhanced production capability, supplying a wide range of advanced industrial synthetic diamond materials for customers across the globe.

“Element Six and De Beers are synonymous with the Shannon Free Zone going back many years and have delivered much appreciated, high value jobs during that period,” said the Shannon boss.

“This announcement by the company is a major statement of confidence in their operations at Shannon and, indeed, in the competitiveness of the West of Ireland region generally.

“This sends another clear signal that the region is a positive location for investment and Shannon Airport, with direct flights into the US, UK and Europe and one-stop connectivity to pretty much every market in the world, plays a key role in this by ensuring industry can connect around the globe from here with ease.”

Shannon Chamber chief executive Helen Downes said the “tremendous investment” by Element Six was “a real indication of the company’s commitment to Shannon.

“This investment not only reflects the confidence a company like Element Six has in this region; it also demonstrates that manufacturing, which has long been a mainstay at Shannon, is still one of the sectors that contributes to Shannon’s growth,” she said.

“Shannon’s strength as an investment location lies in its ability to respond to and deliver on the needs of a diverse range of sectors and it is this diversity which sets it apart.”

Over the next six months high pressure high temperature presses in conjunction with associated processing facilities will be installed at a new Advanced Materials Synthesis facility on the Shannon site.

There will also be other incremental site upgrades made to further enhance the site’s production capacity and capabilities, the company outlined

The news follows investment of €15 million by Genworth Financial into its Shannon base, which was opened by Taoiseach Enda Kenny recently.