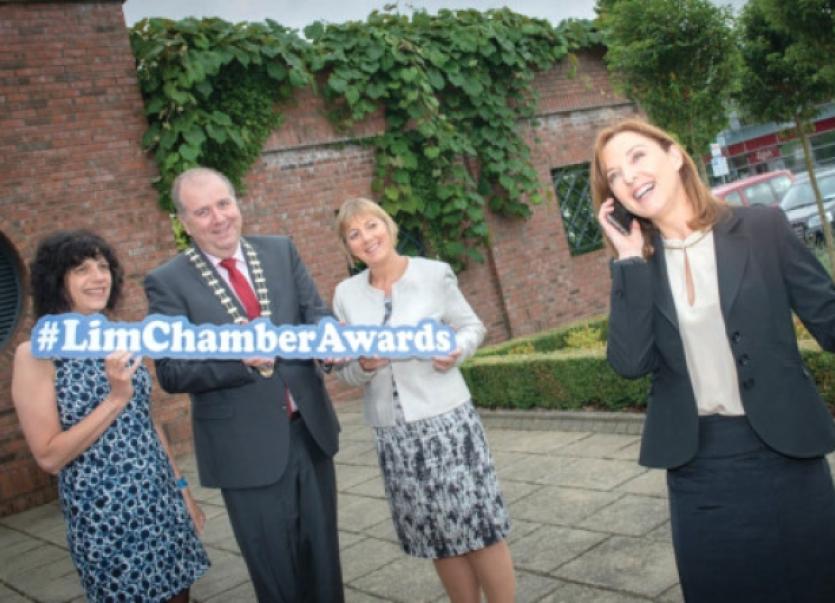 THE Limerick Chamber’s regional business awards are back for a fourth consecutive year - and this time more prizes than ever will be on offer.

THE Limerick Chamber’s regional business awards are back for a fourth consecutive year - and this time more prizes than ever will be on offer.

The awards - which take place at the Strand Hotel on Friday, November 21 - aim to celebrate the achievements of companies in the region and recognise their vital contribution to the local economy.

There are seven prizes up for grabs at the awards, which are backed by the Limerick Leader.

These include the Best Start-up/Emerging Business, the Best SME business for those firms with less than 75 employees.

Companies with more than 75 employees can compete for the title of Best Large Business, while there is a prize for the Best Retail and Hospitality Business, plus the Best Sport, Art and Culture Award.

A new award category has been introduced this year: Best Corporate Social Responsibility Business to recognise the work being done in the community by companies.

And there is a welcome return for the Best Service Business award.

The prize all the companies will be competing for is the 2014 Overall Business of the Year, selected from the first seven winners.

Once again, there will be a special award chosen by Chamber president Cathal Treacy.

Speaking at the launch of the awards this Wednesday in the Castletroy Park Hotel, Mr Treacy said: “We decided to set up these awards, because despite the tough economic environment at the time, we believed businesses were finding very innovative ways not only to survive, but to also thrive in the region. We believe we should trumpet their success, validate their efforts, and give motivation and encouragement”.

The winners will be chosen by a panel of judges drawn from the sponsors of the event, also including LIT, Northern Trust and BDO, and members of the Chamber board.

Mr Treacy says the job of picking winners has become much tougher since the awards’ first year in 2011.

“Each year we have seen a steady growth in the quality of applications. The judging panel have found their jobs increasingly difficult and choosing a winner from the shortlist of exceptional businesses has become an impossible task. But this is a great challenge to have, and one we very much welcome,” he said.

LIT will return to be the headline sponsor of the the awards for a fourth straight year.

College president Dr Maria Hinfelaar is hoping there will be a “veritable avalanche” of award submissions.

The deadline for entries to the Limerick Chamber awards is Friday, October 3.

From next month until November, the Limerick Leader will be profiling some of the companies nominated.