No agri-courses in €224m UL expansion a ‘historic mistake’ 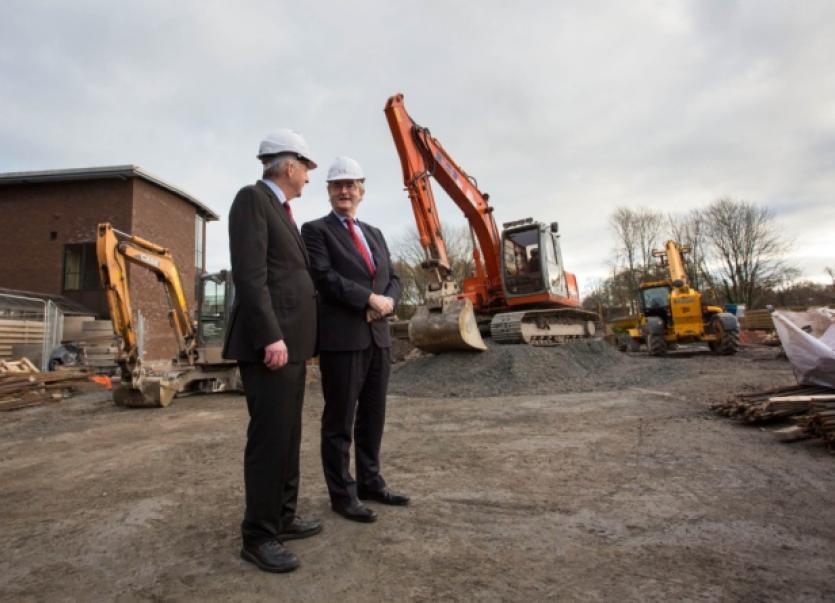 THE ICMSA says that the lack of agri-related courses in a €224m University of Limerick expansion project is “an astonishing missed opportunity”.

THE ICMSA says that the lack of agri-related courses in a €224m University of Limerick expansion project is “an astonishing missed opportunity”.

The president of the national farming organisation, John Comer, expressed disappointment that the UL development plan announced last week does not include any development of agri-science or agri-economics faculties.

“It represents an astonishing missed opportunity for an institution that once enjoyed an enviable reputation for innovation and the interaction of education with industry,” said Mr Comer, who added that ICMSA contacted UL in June 2011.

The ICMSA says it urged the university to explore the possibilities of offering courses at undergraduate and postgraduate levels in the specialised disciplines relative to agriculture and agri-food - the state’s largest indigenous economic activity worth some nine billion euro.

“We pointed out that UL was situated slap bang in the middle of the most intensive dairy regions on the planet and yet had not even a single interaction with farming, processing or the specialised economics or marketing necessary to complement the technical excellence of our dairy farmers.

“We thought we’d made our point and UL seemed to understand the opportunity we were highlighting.

“We tried on several occasions to progress the matter with them but, despite increasingly feeble protestations of interest, they really never seemed to understand either the huge opportunity on their doorstep or the national and regional imperatives to get into this relatively untapped and nationally strategic area,” said Mr Comer.

Coincidentally ICMSA’s head office is practically next door to UL and Mr Comer stressed how they could work together.

“We would have been happy to consider funding specific dairy-related projects or research and incorporate postgraduate work into our own policy papers and proposals in a way that gave them a real ‘grassroots’ exposure and dimension.

“We were in a position to introduce the proposal to all the other stakeholders in the sector and were convinced that the intrinsic merit of the idea would have meant that initial funding would not have been an insurmountable problem at all,” said the ICMSA president.

Mr Comer said the facts of the matter are that UL just couldn’t see why it would become involved educating students to the kind of standards now required to lead our food companies and develop and sell into the world food market.

“This is the one area of global commerce where Ireland is a global player and standard-setter. ICMSA thought then – and thinks now – that this was, and is, a historic mistake on the part of an Irish university very admirably placed to both lead and serve in the incredibly exciting onward march of our farming and agri-food sectors.

“Our disappointment on learning that UL is to spend €224 million on Capital Development Plan 2014-2018 without a single reference to the state’s biggest economic activity, despite our best efforts to show them the evident need and opportunities, is profound,” he said.

“The failure of vision we seen here represents an astonishing missed opportunity for UL, the Mid-West region and, not least, our flagship dairy and food sector,” said Mr Comer.

“And if only for the sake of competition and choice it was supremely important that more third-level places and courses were designed and offered to our young people so that our agri-food sector would have access to a steady stream of superbly trained and educated graduates ready to lead our hugely important agri-sector into the 21st century,” he concluded.

UL has not commented.