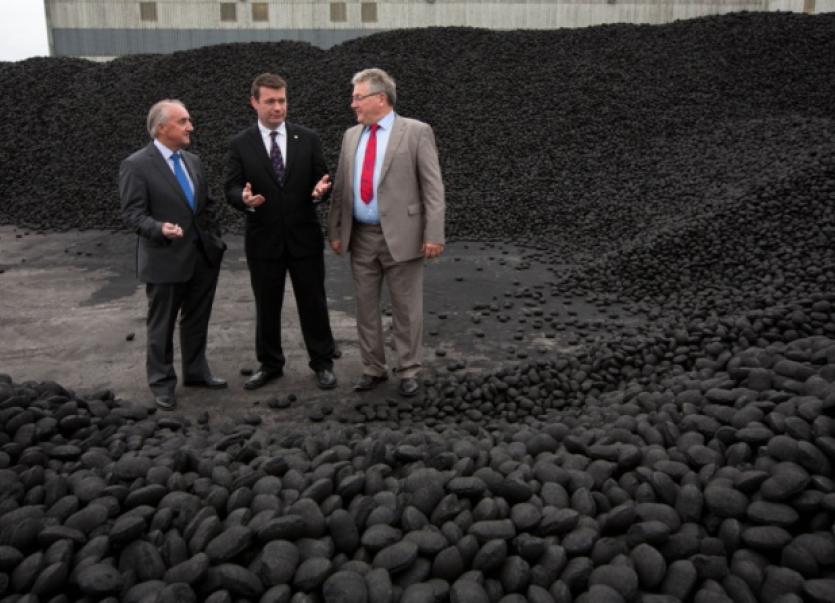 UP to 200 jobs will come on stream in Foynes over the next five years as CPL Fuels begins a €22m investment in a low-smoke and biomass fuel plant.

UP to 200 jobs will come on stream in Foynes over the next five years as CPL Fuels begins a €22m investment in a low-smoke and biomass fuel plant.

When both phases are complete, the Foynes plant will be producing up to 450,000 tonnes of fuel a year and will be the largest such plant in Europe.

“This is the direct result of very clear, very straight forward government policies,” the chief executive of CPL Tim Minett said this Thursday when the company announced it was going ahead with its investment.

The Smokeless Ireland designation, announced last month, was the missing piece in the jigsaw, he said.

And he predicted huge future potential for Foynes as an exporter, rather than an importer, of low smoke fuels.

Work on repairing and fitting out the former Koala plant at Foynes harbour will begin next month and CPL expects to begin producing low-smoke ovoids and nuggets by September next year.

In phase two, targeted for 2018, the company plans to introduce the new technology of pyrolysis which will create an additional 60 jobs, on top of the first phase of 142 jobs, and produce a 100% biomass fuel.

The company, Mr Minett said, was working with the IFA to source Irish biomass raw material.

“This is a fantastic day,” Minister for the Environment, Community and Local Government Alan Kelly said. The development of the low-smoke fuel plant was a win-win, from an environmental, economic and health point of view, he said before pointing out that the Irish Asthma Society estimated that the smokeless ban would save up to 2,000 lives a year.

Minister Kelly said the deadline for the extension of the smokeless fuel ban to the whole country was winter 2017 but he hoped it would happen within the next 12 months.

“I want to see Foynes as the North European hub for these types of fuels and all the technologies that go with them,” he continued.

“I believe in clustering. This is the place to cluster all these types of fuels. It is absolutely perfect.”