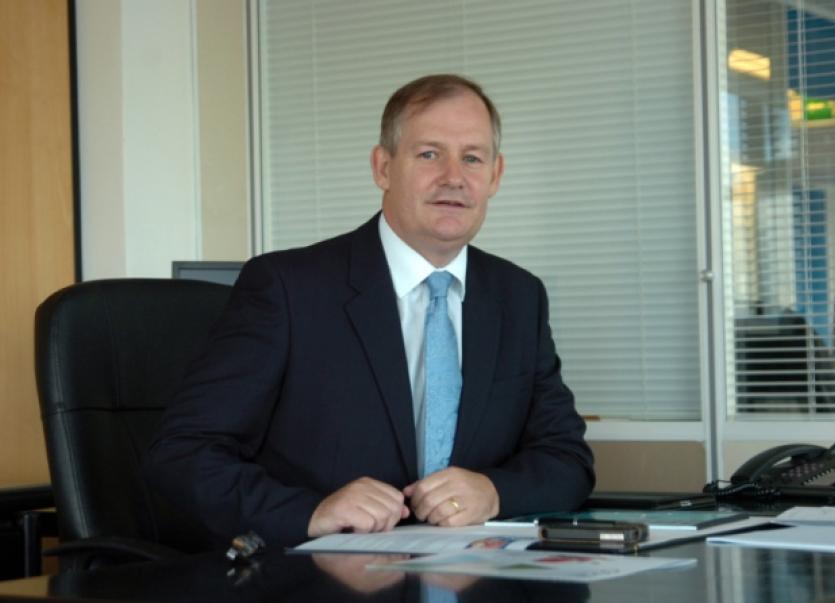 LIMERICK City and County Council has spent more than €125,000 refurbishing its management suite at City Hall.

LIMERICK City and County Council has spent more than €125,000 refurbishing its management suite at City Hall.

Documents released to the Limerick Leader under the Freedom of Information Act have revealed the local authority spent a total of €125,158.57 on works to the area used by council CEO Conn Murray, deputy CEO Pat Dowling and other executives. The suite is also used as a reception area for delegations visiting the council headquarters.

Almost €10,000 was spent on carpets and carpet tiling, plus close to €30,000 replacing old office walls with new glass partitions, thereby “increasing the views of the River Shannon and promoting the Limerick region to visitors to the council”, according to a council document. The expenditure has been criticised by members of the council who recently agreed a budget with around €2m of cuts to front-line services.

In this context, Cllr James Collins, Fianna Fail’s metropolitan leader, said: “It is very disappointing to hear there are large sums of money available to refurbish, in effect, the manager’s office.”

There is also disappointment that councillors had not been told previously about the spend.

But a spokesperson for the council has said the works brought “improved facilities” to the “working environment”.

The spokesperson added: “The works were designed, specified and overseen by the council’s in-house architect and facilities management staff with no expenditure incurred on professional fees as a result”.

“These works included replacement of ceiling tiles, repainting all walls and woodwork, new skirtings and doors, upgrade of lighting for energy efficient fittings, retiling of walls and floors and replacement of sanitary ware to toilets as well as the replacement of a tea station kitchen,” architecht Margaret McEvoy stated in a letter to deputy council chief executive, Mr Dowling.

In a separate letter between the two, Ms McEvoy said new glazed screen walls were required as part of the refurbishment.

She recommended appointing a fit-out company to complete this installation for €27,599 initially. This was then increased to €29,067 after some additional works were identified, including the installing of a glass entrance door instead of a timber door, which was originally proposed.

And a spend of €9,301.95 was also agreed for the purchase, and installation of new carpet floor finishes in the suite, plus the removal of old carpets. Dooradoyle councillor Collins said: “When you hear there seems to be money available for expenditure like this, it can be very difficult to understand as a councillor. I can imagine how members of the public must feel.”

He added: “We have had many long meetings, and many late nights around estimates, and some difficult issues which involve money which is much lower than the money spent refurbishing the offices.”

Fine Gael’s City North councillor Michael Hourigan said he “would be concerned” about the level of spend.

“Limerick City and County Council does not have that much extra money. Every euro is important to us. I would ask whether it was necessary. They have very good offices as it is. We need money for so many things in the city, for basic repairs to houses, and more general maintenance of our housing stock.

“We need every euro we can get our hands on, so I would be concerned at this.”

Independent councillor John Gilligan said he feels the council has a “moral responsibility” to put the needs of the city’s elderly and vulnerable first.”

In reference to the bin waiver scheme, which could still face cutbacks, he said: “We should cover these bills and work backwards, and if we have to leave anything off, then so be it.”

However, Cllr Joe Leddin, Labour, said City Hall is in need of “serious refurbishment”, having opened in 1991 adding it has not had “a lick of paint since”.

Both councillors Collins and Gilligan expressed concerns at the fact they had not been informed at this programme of works, and its associated costs.

“If they are a bit more open, we might take a more rational view. What we don’t like doing is when something happens, we are told afterwards. I should not have to learn what the council is doing from yourselves,” Cllr Gilligan told the Limerick Leader.

The Leader has also learned councillors were informed by an email from the local authority communications officer on Wednesday afternoon of the management suite works.

The email, sent after this newspaper sought a response from the local authority, told members that the Leader would be carrying an article on the refurbishment in this edition.