Funding approved for repairs to ‘Black Bridge’ near UL 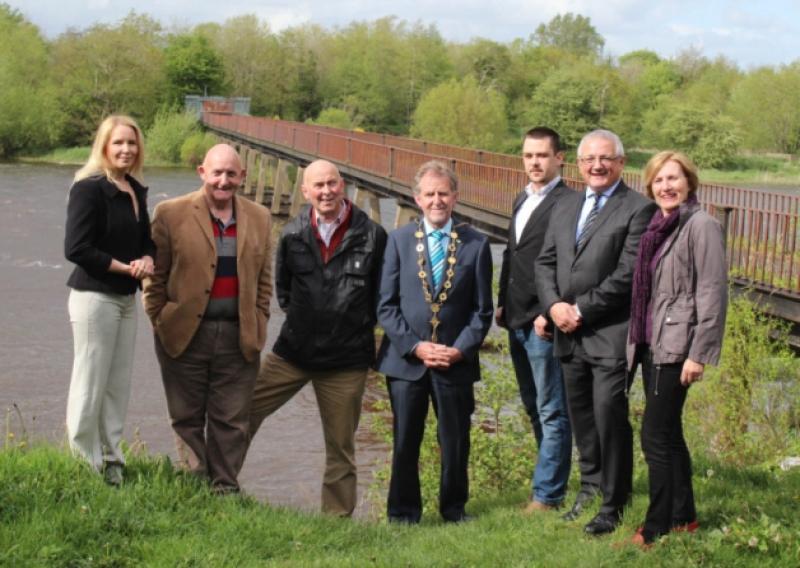 PLASSEY’S ‘Black Bridge’ is likely to reopen after six years as councillors in City East approved funds to start its repair.

PLASSEY’S ‘Black Bridge’ is likely to reopen after six years as councillors in City East approved funds to start its repair.

Following the floods of late 2009, the bridge was closed to the public for safety reasons after some of its wooden supports became damaged.

But now, the area councillors have agreed to dedicate €50,000 of a special fund for their area to start work to make the walkway safe again.

It is hoped Clare County Council, the University of Limerick and Waterways Ireland will also row in behind the project.

Fianna Fail councillor Kieran O’Hanlon said the reopening will be “something we can all be proud of”, while Fine Gael’s Marian Hurley - who proposed the idea in a council meeting - said it could lead to the redevelopment of the existing lock house and old Harbour Hotel.

The council will now embark on an assessment process to find out exactly what needs to be done to get the bridge reopened.

Opened around 1840, the Black Bridge has always been a popular spot for fishermen and other locals.

Cllr O’Hanlon said: “It is something that so many people can trace back to their youths. They will particularly remember the Plassey fishermen using this. I think it is very important. So many people have spoken about getting something done. There is great credit due to the eight councillors in our area for agreeing this. It will be something we can all be proud of.”

Cllr Hurley said many different groups have an interest in seeing the bridge – a protected structure – reopened.

“The project will connect walkers, cyclists, fishermen, students, city and suburban residents together. It has potential to refurbish and make use of the existing lock house and old Harbour Hotel as community run/tendered tea rooms and civic buildings for heritage displays and boat restoration.

“The area is currently lacking any sort of civic or public focus for walkers to visit while out and about.”

Cllr Hurley warned it could take 12 months to get the bridge reopened. This is because a complete environmental assessment will have to An Bord Pleanala, as it is in a special area of conservation.

“There is a lot of work to be done to get the project off the ground but all us councillors in the area are fully supportive,” she said.

The floods of 2009 saw the bridge almost submerged.

It was as a result of this the local authority - at the time Limerick County Council - closed the bridge to access.

They were removed for a time the year after before the council promptly put them back up.