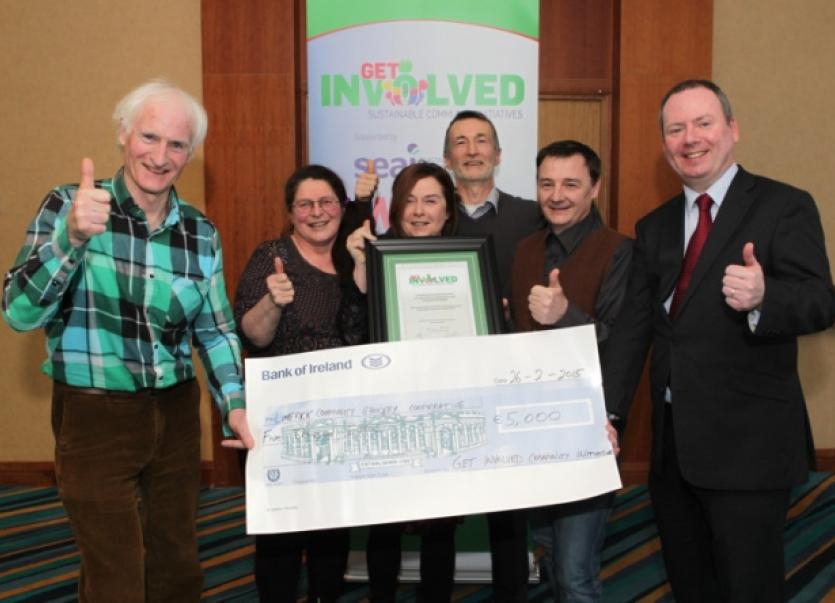 THE founders of a community grocery who transformed a piece of land on Mulgrave Street have won a top sustainability award, after being nominated by the Limerick Leader.

THE founders of a community grocery who transformed a piece of land on Mulgrave Street have won a top sustainability award, after being nominated by the Limerick Leader.

The Limerick Community Grocery co-operative, based at the former Esso garage in Mulgrave Street, has won the annual ‘Get Involved’ competition, and a bursary of €5,000.

This came after it was selected to represent the Limerick Leader in the annual contest, developed by the Regional Newspapers and Printers Association of Ireland and sponsored by the Sustainable Energy Authority of Ireland.

It was back in 2012 when a committee of just 10 people got together to start planning the city’s first food co-operative store.

Now, there are more than 300 members, all of whom have a direct say in how the company is run.

One of the founding members Bill Kelly says they are “buzzing” after winning the award at the Radisson Blu Hotel in Athlone.

“For the membership generally, it is a great public validation of the efforts we have made,” he said.

In its mission statement, the Community Grocery states it wishes to not just be successful in Limerick, but also serve as a model for the development of urban co-operatives across the country.

It is hoped to use the prize money to further this aim, Bill says, by organising a summit here. “One of the options put forward yesterday, and was very well received, is that we might approach the council, ask them to match the funding, and also one or two philanthropic sources. With that pool of say around €20,000, we could host a co-operative economic development conference. It could develop into an annual event,” he said. “It would be open to the public, and we would have experienced co-operatives from abroad to lend their expertise together with locals from across Ireland who want to build co-operative businesses.”

The difference between the community grocery co-op and other food businesses is that any money it makes is instantly ploughed back into the firm.

Asked what he feels made their entry stand out, Bill added: “It would be the strength of commitment of members, and the way the project has developed over the 12 month period, and also its potential. The judges were talking about the potential for the project.”

Limerick Leader editor Alan English said: “From the very start, I felt it had a tremendous chance of success. It’s innovative, exciting, community-based – it really ticked every possible box.”