Plaque in memory of Frank McCourt outside Limerick pub 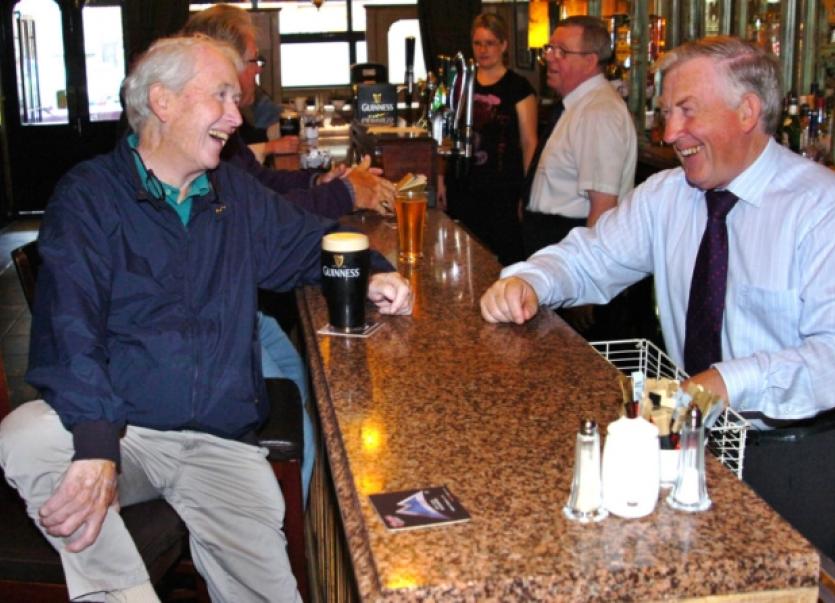 AS the sixth anniversary of his death approaches a plaque will be unveiled in honour of the Pulitzer Prize winning author Frank McCourt outside a pub where he famously drank his first pint.

AS the sixth anniversary of his death approaches a plaque will be unveiled in honour of the Pulitzer Prize winning author Frank McCourt outside a pub where he famously drank his first pint.

The plaque in memory of Limerick’s most famous writer, who passed away on July 19 2009, will be unveiled by author Donal Ryan, who wrote the award winning novels The Spinning Heart and The Thing About December.

The commemorative plaque to Frank McCourt will be erected outside South’s Bar on Quinlan Street, on Friday next, July 17.

The plaque unveiling has been coordinated by Dominic Taylor, of The Limerick Writers’ Centre, who said they wanted to honour Frank McCourt for the contribution he has made to literature in Limerick and elsewhere. “He is one of the few Irish writers whose name and work is recognised internationally. The erecting of the plaque in his honour, as we bid for European City of Culture, shows that Limerick is a city with a local, national and international perspective.

“I am also delighted that another author of the stature of Donal Ryan accepted our invitation to unveil the plaque. And I look forward to welcoming back to Limerick Frank McCourt’s brother, and author in his own right, Alphie McCourt who will represent the McCourt family at the event.”

His famous first memoir Angela’s Ashes details Frank having his first time in South’s and it had been a regular stop-off for him whenever he returned to Limerick. “It was Frank’s favourite pub in Limerick and he regularly called in on his return visits, as a result it is a must stop off for tourists who come to Limerick, after they have visited the Frank McCourt Museum around the corner.”

This plaque is part of a wider project to create a Limerick Literary Trail.

The trail is intended to enable and encourage citizens and visitors to discover Limerick through its literary heritage.

In July of last year the Ccntre unveiled a plaque outside the Locke Bar on George’s Quay to commemorate war poet Robert Graves and his association with the city.

In February of this year President Michael D Higgins unveiled a plaque to poet Desmond O’Grady outside the White House bar.