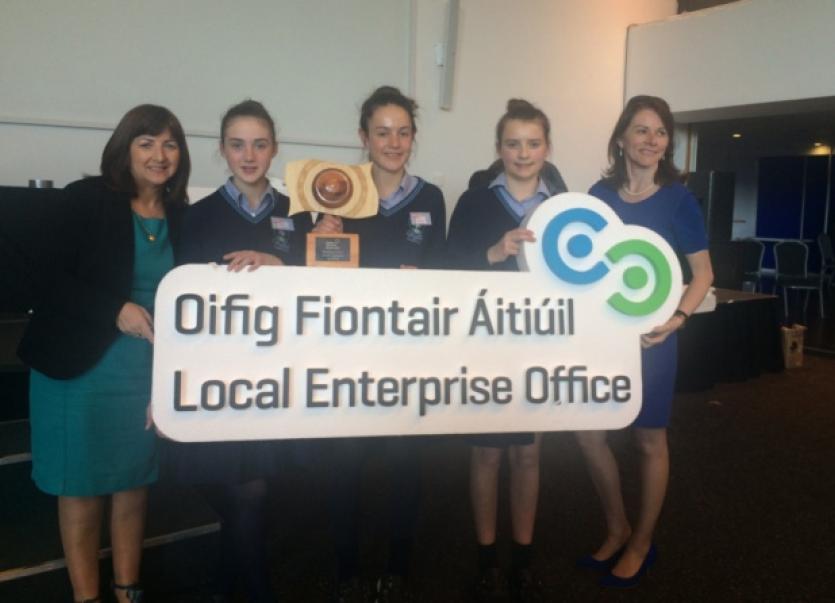 A BIG idea about the little people has resulted in a national award for three girls from Effin.

A BIG idea about the little people has resulted in a national award for three girls from Effin.

Mary O’Leary, Eva Fitzgibbon and Ciara Litchfield - all first year students at St Mary’s in Charleville - have been named overall winners in the junior category at the National Student Enterprise Awards in Croke Park.

It is the first time a team from the school has been named the best in the country.

The enterprising teenagers, supported by business teacher Ann Doherty and North Cork Enterprise Board, impressed the judges with their company Bring A Fairy Home, which combines magic with practical dental hygiene advice for young children.

The team make fairy homes with a difference, in the shape of a tooth and behind whose pink or blue doors wait advice packs for kids on how to look after their teeth.

Children are invited to leave fallen teeth behind the door and the cleaner the tooth, the more money the fairies will leave. The fairies also prefer clean bedrooms and may not be able to work their magic in a cluttered room. Kids are also encouraged to write to the fairies or to leave them a picture or some craftwork.

Bring A Fairy Home was honoured at the awards for combining a positive message with encouraging creativity in children in an era when some fear that is being lost through the overuse of IT.

The girls have already sold huge volumes of fairy homes, some even exported to France.

“There is great excitement and huge pride about the school and it is an outstanding achievement,” said school principal Gillian O’Callaghan on the win.

Not only was this a first national award for St Mary’s but also the first time a group sponsored by North Cork Enterprise Board had taken such a garland.

“It is a mark of the enthusiastic and dedicated teaching that goes on here. And the three girls are an absolute credit to themselves, their school and their parents,” Ms O’Callaghan said.

The fairy homes can be purchased at Bridget’s in Charleville, on the company Facebook page or by calling the school on 063 81877.