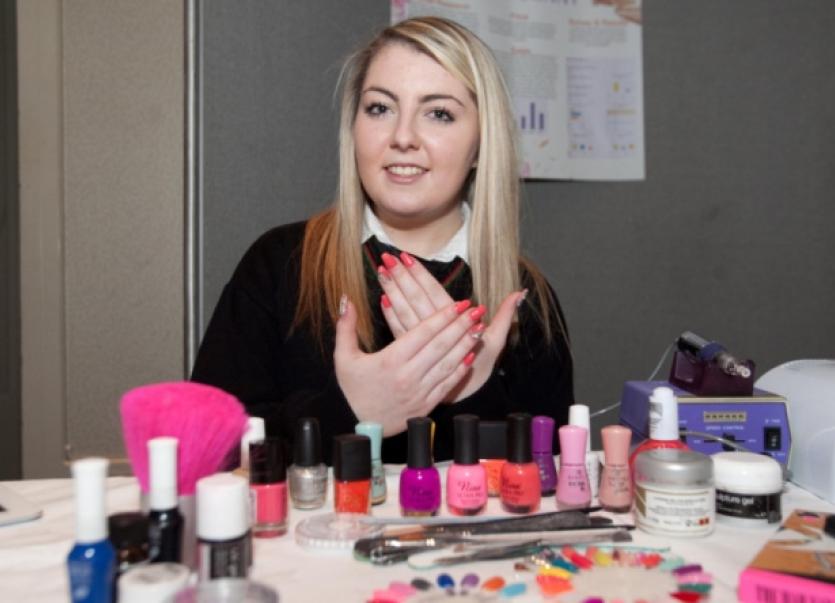 LIMERICK’s bright young business minds were out in force at the Strand Hotel this week to take part in the annual student enterprise awards.

LIMERICK’s bright young business minds were out in force at the Strand Hotel this week to take part in the annual student enterprise awards.

From snowglobes and placemats to designer mugs and furry toys there were dozens of fresh business ideas.

A transition year student from Gaelcholaiste Luimni will bid to become the Irish student enterprise champion after winning the top enterprise award here.

Jenny Mullins, who hails from the North Circular Road, has invested her own time and money in beauty courses to prepare her for a life in business.

Her company, Nails by Jenny, came about when she saw there was a growing trend for manicures, and particularly gel nails among her peers.

The resulting sales proved her right, and her success - and her business plan - inspired the judges, including UL entrepreneurism lecturer Dr Briga Hynes and Burga Fullam of the City Enterprise Board.

“It was an outstanding project, and it is great to win the award at senior level, as we have won it in the junior category for many years,” he said.

Asked what made her stand out, he said: “Her personality is superb. She is very engaging, and makes a wonderful impression on those who speak to her.”

Jenny will now go forward and represent Limerick City at the national final on April 2 in Croke Park.

In preparation for this, Mr O’Treasaigh said she is consulting with some of the business teachers in the school who have supervised students in previous national enterprise entries.

This is likely to be the last Limerick City Student Enterprise Awards in their current guise.

This is because the Enterprise Board will merge with City and County Council in the coming weeks to form a new enterprise unit.

Bernie Moloney, city enterprise board assistant chief executive said: “Our goal is to encourage entrepreneurism and this competition is a very practical way for the students to learn what it is like to run your own business. It is great to see so many schools participating in this competition.”

Garry Lowe of Whizzkids Training assisted the Enterprise Board by visiting the schools delivering workshops on branding and how to generate sales.

He added: “This competition gives a great insight into what it is like to run your own business. Our task now is to raise the ambition of the students to identify products that have a mass appeal. To follow in the steps of the likes of the Collison brothers who have put young Limerick entrepreneurs on the world stage.”

Some 480 students initially entered the competition, with 70 business ideas.

They were whittled down to a final selection for the event in the Strand on Tuesday this week.