Noonan is tight-lipped ahead of Budget unveiling 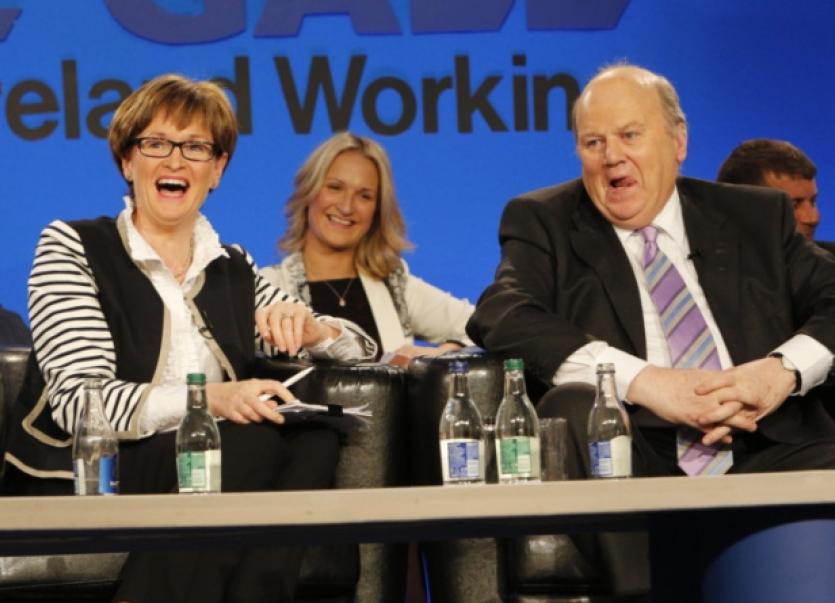 FINANCE Minister Michael Noonan has remained tight lipped on what tomorrow’s Budget will have in store for Limerick.

FINANCE Minister Michael Noonan has remained tight lipped on what tomorrow’s Budget will have in store for Limerick.

Speaking at the Fine Gael conference in the South Court Hotel, he told MEP Mairead McGuinness that there are only “bits and bobs” left to decide on Budget 2014.

He joked people would be “astounded by the good news I am announcing”.

But he declined to say anything further when questioned by the Limerick Leader, other than the government would continue its support to the regeneration process - with a €28m figure expected.

“We have shown our support for the region by what we have done, it has been acknowledged by the key people involved, and we will continue to support [the various projects],” he said.

Mr Noonan also confirmed there would be a significant announcement on funding for Limerick’s City of Culture project.

On the opening night of Fine Gael’s national conference - which drew more than 2,000 delegates - the Finance Minister pledged there would be cultural events in the city “every week” throughout 2014.

Asked about concerns over funding, he said: “There are knockers, and there are always knockers. But they don’t know what they are talking about. Funding is a matter for the budget. And there will be an announcement on funding.”

The conference saw contributions from all Limerick’s Fine Gael deputies, as well as Denis Brosnan, who is heading up a new business forum in the city.

Ms McGuinness praised Limerick’s re-emergence, saying it can be used as a model for the rest of the country.

For more on the Fine Gael conference and the upcoming Budget announcement, see the weekend editions of the Limerick Leader.