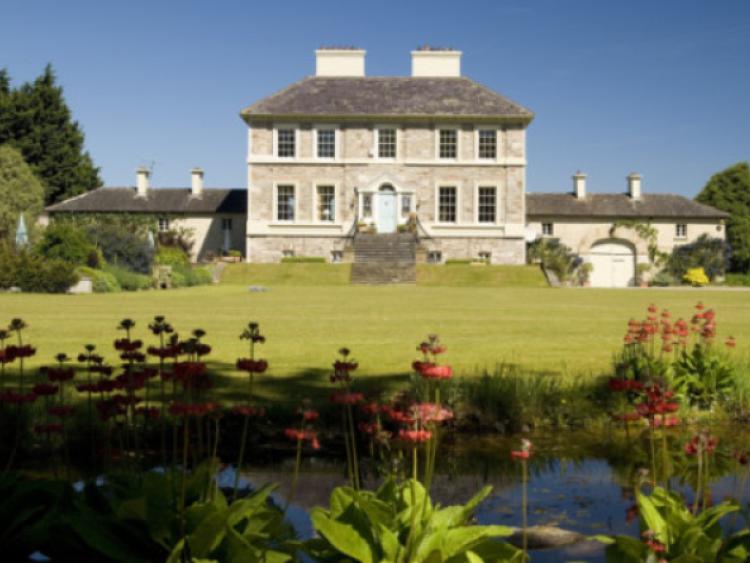 A GEORGIAN mansion on 17 acres of land in Ballingarry has returned to the market - with €7m and 100 acres taken off the initial offer during the boom.

A GEORGIAN mansion on 17 acres of land in Ballingarry has returned to the market - with €7m and 100 acres taken off the initial offer during the boom.

Ballyneale House, the former home of the late Lewis Glucksman, the American philanthropist and CEO of Lehman Brothers, is now for sale for a more recession-friendly asking price of €3m.

The entire 125-acre site earlier went on sale for €10m, before being reduced by another €2m a year later, however only the four-bedroomed house on 17 acres is included in this figure.

While the full brochure is still being finalised, Sherry Fitzgerald estate agents in Dublin have advertised that an additional 100 acres is available.

Glucksman and his wife, Loretta Brennan Glucksman, vacated the property to make the move to Cork in the 1990s, while also dividing their time in Manhattan.

It was bought by the Glucksmans in 1990 for some £750,000 and then sold in 1998 for €1.2m to David Pearl, a UK financier and chief executive of Sovereign Mines of Africa, which continues to explore and develop mining interests across the continent.

David and his wife Ros have spent 15 years at Ballyneale, and have invested €3m in the property to restore it to its former glory.

Their daughter Leonora got married to George Bamford, the photographer son of JCB tycoon, Anthony Bamford, at Ballyneale, where they hosted 500 guests in June 2008.

The fishery sold recently, while over 100 acres of grazing lands, including the golf course, are available separately. The golf course is east of the estate, and is linked to the estate via an internal estate road and also has direct access to the public road.

The property includes an outdoor heated swimming pool, an all weather tennis court, a courtyard serving 12 stables, a 900m plane landing strip, “charming gardens”, and an ornamental lake with a “romantic wooded island and stream”.

Located just 11km from Adare, Ballyneale House was built in 1853 in the Victorian era, and comprises three storeys, spanning 8,000 sq.ft. It was valued at that time for the sum of £13.

A manager’s house, and staff apartment are also included in the sale. The master bedroom includes his and hers bathrooms, while the dining room can comfortably seat 12 people. A large old barn has been renovated as a billiards room, and behind this room lie a 12-jumbo-seat surround-sound cinema for which the technology alone cost €250,000.

Sherry Fitzgerald have advertised that the house is “gloriously positioned within superb pleasure grounds, manicured lawns slope gently from the house to an ornamental lake, with its own island”.

The current Abbot of Glenstal Abbey, Brother Mark Patrick Hederman, grew up there in the late 1940s when it was a working stud farm and has described his childhood there as “idyllic” . It was owned by his father John, who inherited 350 acres in Ballyneale, and passed away in 1984.

The Pearls are moving to their dream home in Mexico, saying it reminds them of their home in Ireland with one crucial difference - it’s in the sun.