Public bike scheme to be wheeled out in Limerick 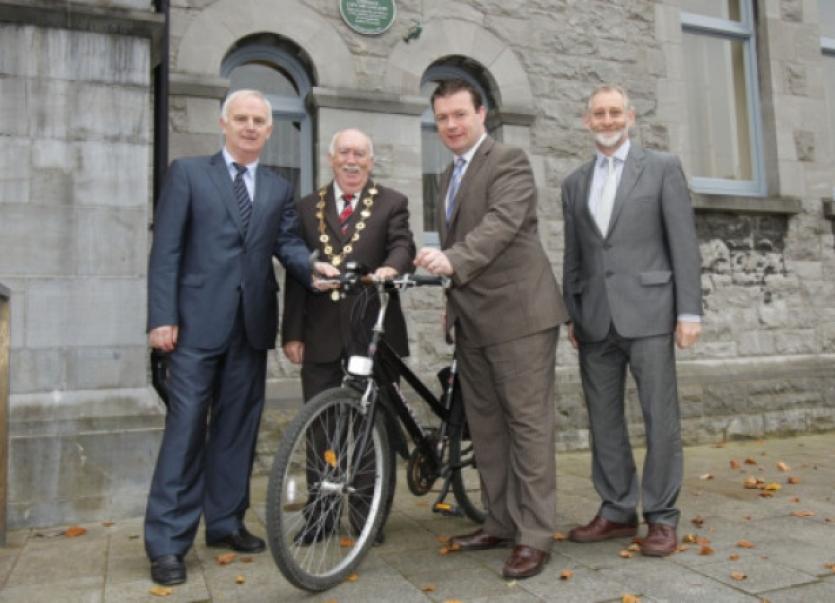 LIMERICK is set to follow in the footsteps of Dublin and London in deploying a public bike scheme.

LIMERICK is set to follow in the footsteps of Dublin and London in deploying a public bike scheme.

Some 150 bikes are expected to be provided across 20 city centre docking sites.

They will be used by members of the public on a pay-as-you-ride basis, or on an annual subscription.

The Dublin public bike scheme - expected to expand this year - is considered one of the most successful in Europe.

Now, the National Transport Authority (NTA) hopes to replicate this success in Limerick, with the scheme expected to be in place by early next year at the latest.

A number of private companies are understood to have expressed an interest in funding the scheme.

Pat O’Neill, senior transportation engineer with Limerick City and County Council, said although the pick-up and drop-off points have yet to be finalised, they will be in “obvious sites” around the city.

He suggested there could be stations at Arthur’s Quay, Perry Square and Howley’s Quay.

“These need to be finalised. We are pretty close to doing this, but they will be in all the obvious spots. They would have to be within a few hundred metres of each other,” Mr O’Neill said.

A major plank of Limerick’s €9m Smarter Travel Scheme, designed to encourage people to use more sustainable forms of transport, the public bike scheme is expected to be “cost neutral”.

Mr O’Neill said he was hoping the scheme would go live by the start of next year, but could even potentially be in place by the final quarter of 2013.

The council plans to work with An Taisce, employers and community groups to raise awareness of the scheme.

Transport committee chairman, Cllr Ger Fahy welcomed the scheme, saying: “I think it is a very positive development. Obviously, we are trying to encourage the health and welfare of people, and try and introduce the systems which will improve this.”