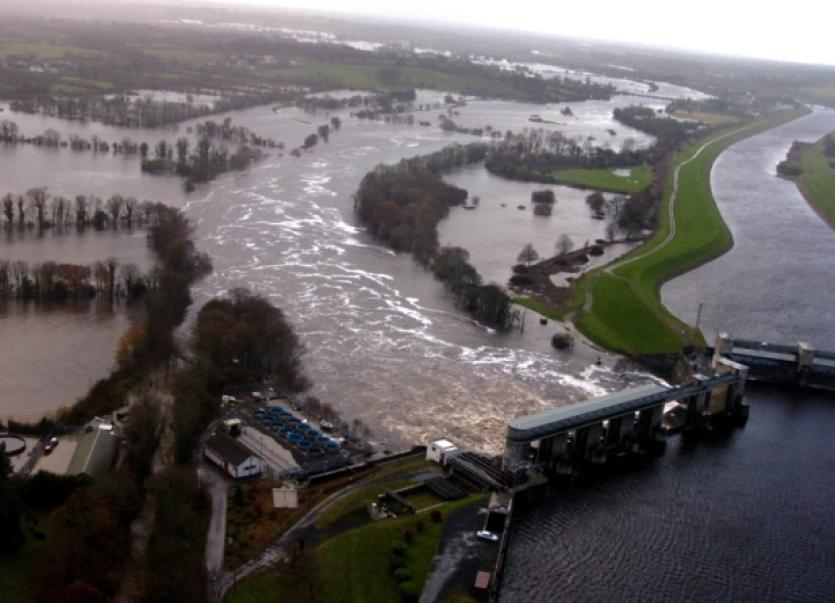 Speaking to the Limerick Leader, Gerry Siney, chairman of the River Shannon Protection Alliance, said this is the “third attempt in the past 10 years to commandeer the Shannon” and warned that the plans by Irish Water to pump water from the Parteen basin on the outskirts of Limerick have to be stopped.

The latest proposal involves taking two per cent of the river’s water from the lower Shannon at Parteen Basin, close to the Ardnacrusha hydroelectric power station.

But Mr Siney has urged that solutions closer to the capital should be first examined instead of “tapping the supply in the Shannon”.

“Dublin has all the water it needs both now and into the future. Saying that the water is needed to prevent severe drops in supply is a red herring. The pipeline into the Shannon is the soft option, because the piping in Dublin has suffered decades of neglect and under-investment,” the Castletroy resident told the Leader.

“These proposals are being driven by vested interests in Dublin City Council and its east coast satellite counties who want to insure a limitless supply of water so that they can continue to attract foreign direct investment to Dublin and the eastern region, with scant regard for the economic development requirements of the regions beyond the Pale. Irish Water now see the Shannon as a ‘cash cow’, and seem intent on milking it for all it’s worth,” he claimed.

He said claims that the greater Dublin area is running short of water are completely false.

“Dublin has all the water it needs both now and well into the future, but it is throwing nearly half of it away. As a result of decades of neglect and under investment on the part of Dublin City Council, the supply system is riddled with leaks, and no serious effort is being made to deal with the problem. Should they be allowed to introduce Shannon water into such a system, most of this water would be lost to the leaks also.

He described the current plans as “ludicrous” and said the figure of pumping 300 million litres a day could present the thin end of the wedge if the plans are allowed to progress.

“They will increase it exponentially. It could be the death knell of the River Shannon as we know it. This is a license to waste, and poses huge risks to the environment.

“It could create an ecological disaster, as the levels of the Shannon will drop, and aquatic life is very sensitive to fluctuating levels of water especially in the summer period. It could also pose economic risks to tourism in terms of angling and so on. It could also amount to a violation of the EU Water Framework directive. I would like to convince the powers that be that this madness has to stop.”

At risk, he believes, would be shipping from Limerick Port, boating, tourism, water- based activities, sport and festive initiatives, and the ecological and environmental welfare of the river system.

Irish Water is proposing the construction of a 165-kilometre pipeline from a reservoir on the Tipperary side, to the south of Lough Derg. They claim that this option will have the least environmental impact of the four it examined.

Jerry Grant, of Irish Water, said that the detailed design process will start after a period of public consultation. A 10-week public consultation process is expected to begin shortly, which will include “intensive engagement with stakeholders right around the Shannon.”

Former Mayor of Limerick, Independent councillor John Gilligan, said the council voted unanimously against these plans, which he described as “shocking and laughable”, in the past.

“I am just absolutely disgusted about this, but not surprised. Irish Water is saying there will be a consultation process, but they will listen to people’s objections with bored expressions on their faces, dismiss them and go back and do exactly what they were going to do anyway. It’s about time our TDs stood up for Limerick for once and for all, and put their party politics aside.”